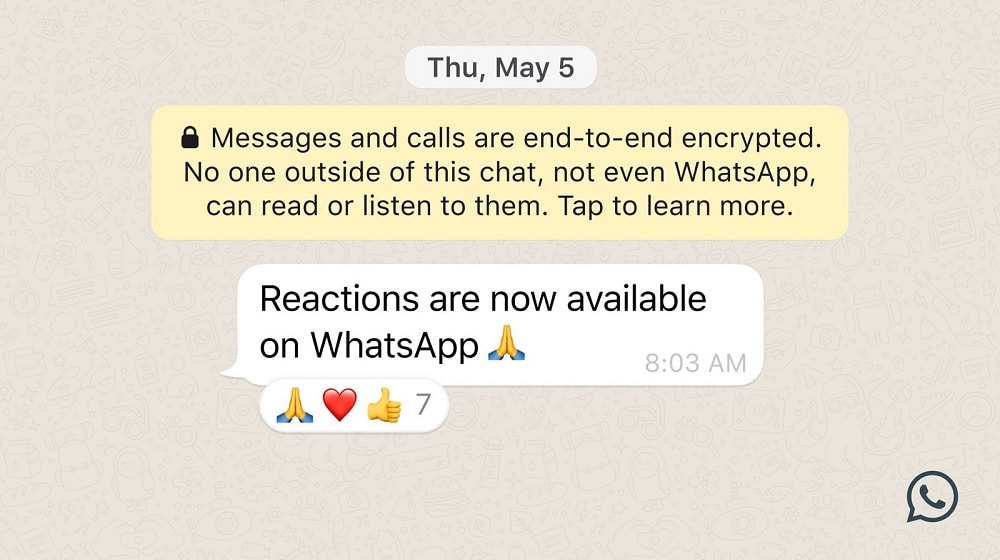 WhatsApp confirmed last month that it was working on Message Reactions and 2GB File Sharing features. The company had since then been testing the features and has finally begun rolling out a stable release.

WhatsApp users are only used to allow file and media sharing of up to 100MB in size. With the latest update, this restriction will be removed and users will be able to share bigger files such as HD videos.

Message Reactions have also already debuted in some regions. The messaging platform revealed that users will get a limited choice of emojis but will later get support for “all emojis and skin tones.” The currently supported six emojis include 👍❤️😂😮😢🙏.

WhatsApp is also planning on introducing the ‘Companion device’ feature that will allow users to use one WhatsApp account on multiple smartphones or tablets.