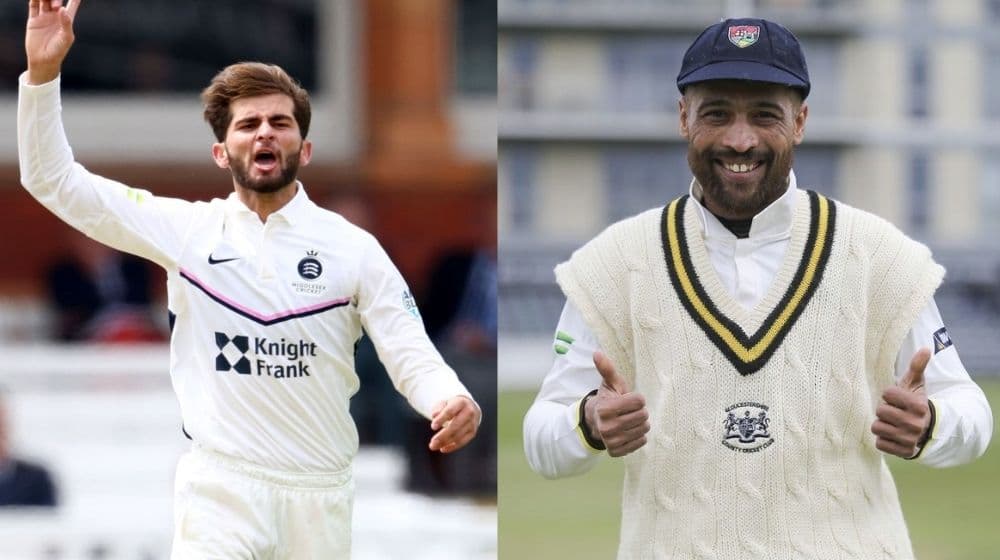 Elsewhere, Hasan Ali and Shaheen Afridi picked up 4 wickets each for their respective sides while Azhar Ali bounced back into form with gritty innings of 92 while Rizwan scored 31 runs in the only innings he played in the match.

Abbas, in particular, stole the limelight as he picked up 6 wickets in the first innings and followed it up with 3 wickets in the second innings as he helped Hampshire to their third victory in the competition. Hampshire currently sit second in the division one points table and are only 8 points behind Surrey.

Amir was impressive as well as he picked up 3 wickets in each innings but his efforts went in vain as Gloucestershire batters were clueless while facing Abbas. Amir finished with figures of 3/57 and 3/33 in the two innings.

Shaheen Afridi and Mohammad Rizwan were the other two Pakistani players who faced each other as Middlesex defeated Sussex by 6 wickets. Shaheen was impressive in the first innings as he picked up 3 wickets for 97 runs and followed it up with figures of 1/43 in the second innings to guide Middlesex to their third win of the campaign.

Rizwan was unable to turn around his fortunes with the bat as he could only manage 31 runs in the only innings he played in the match.

📺 | SHAHEEN BOWLS HAINES
Take a look at the first dismissal in the match against Sussex 👀@iShaheenAfridi bowls Tom Haines with an absolute beauty, knocking off-stump back 😍#OneMiddlesex pic.twitter.com/wsHNL0VHrw

Hasan Ali continued his rich vein of form as he picked up 4 wickets as Lancashire and Warwickshire played out a draw. Hasan finished with figures of 3/82 and 1/55 in the match as he continued his impressive run. He is currently the leading wicket-taker in the division with 24 wickets in 4 matches.

Here are those 3⃣ wickets! 👇

Pakistan’s veteran Test middle-order batter, Azhar Ali, finally bounced back after a string of poor performances in the season. Azhar fell for a duck in the first innings before scoring a gritty half-century in the second innings as Worcestershire secured a draw against Durham.

Azhar scored 92 runs off 224 balls as he denied new England captain, Ben Stokes, his first victory as captain of Durham this season.

Check out the half-century moment:

The 5️⃣0️⃣ moments for Haynes and Azhar 🙌