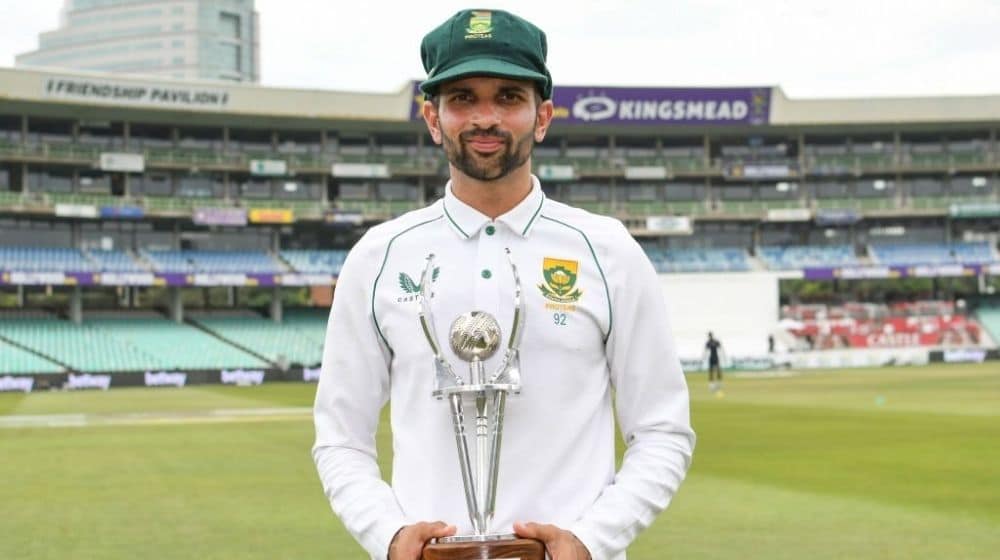 South Africa spinner, Keshav Maharaj, has been rewarded for his excellent recent form by being named the ICC Men’s Player of the Month for April 2022.

Maharaj was at his brilliant best during the Proteas’ recent two-match Test series against Bangladesh as he beat fellow South African Simon Harmer and Oman opener Jatinder Singh for the monthly gong.

It was a richly deserved award for Maharaj, who contributed 16 wickets for South Africa during the Test series and duly claimed the Player of the Series award in the process.

His exploits weren’t just with the ball either, with Maharaj scoring an attacking 84 with the bat during the second Test in Port Elizabeth as South Africa wrapped up a 2-0 series triumph on home soil.

Members of the voting panel that awarded the monthly honor to Maharaj were full of praise for the 32-year-old.

“Exceptional to see him work in tandem with Simon Harmer in exploiting the skills that we’ve always known to be there,” Duminy added.

Maharaj finished as the leading wicket-taker in the two-match Test series against Bangladesh. He picked up 16 wickets at an average of 12.12 as he guided South Africa to a 2-0 series victory as they maintained their second spot in the World Test Championship points table.