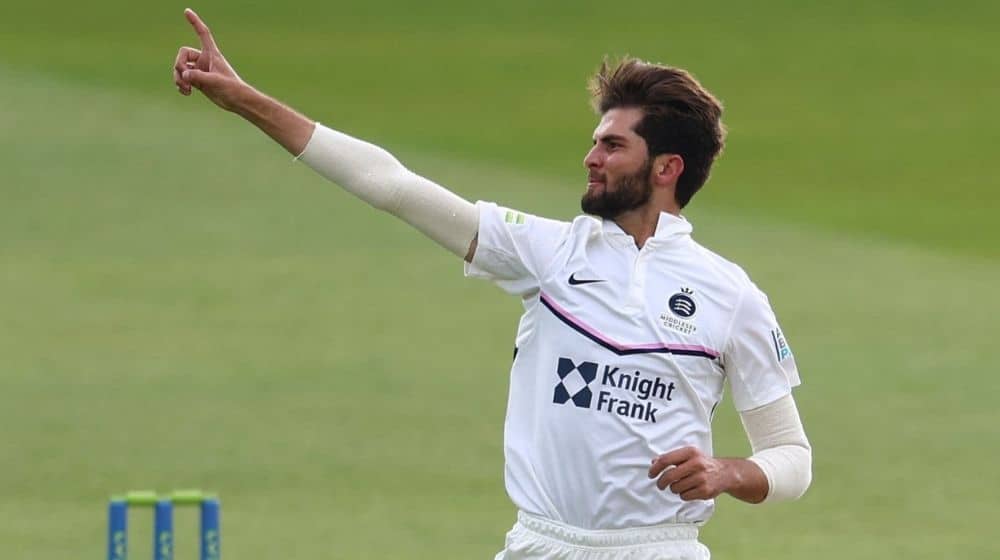 Pakistan’s ace left-arm pacer, Shaheen Afridi has decided to cut short his stint with the County Championship side, Middlesex, and has returned back home.

According to details, Shaheen has returned back to Pakistan in order to rest before the upcoming series against West Indies. It is understood that Shaheen will join Middlesex for the T20 Blast after the conclusion of the three-match ODI series against the West Indies.

Shaheen proved his worth in the three matches he played in the County Championship this season. The speedster picked up 14 wickets at an average of 25.42 in 6 innings. His exploits at the start of the innings helped Middlesex register three victories in four matches and moved to the top spot in the division two points table.

The 22-year-old has now decided to return back home to spend time with his family and rest before reporting to Pakistan’s camp for the upcoming series. The training camp for the series is expected to be set up in the third week of May in Lahore.

The ODI series between Pakistan and West Indies is scheduled to commence on 8 June at either Rawalpindi or Multan. The venue of the series will be decided after assessing the political situation across the country.