The Pakistani Rupee (PKR) continued its decline against the US dollar, slipping to an all-time low for the fourth consecutive day. The local unit lost 76 paisas against the greenback in the interbank market today.

The PKR depreciated by 0.39 percent against the USD and closed at Rs. 192.53 today. Yesterday, the PKR lost Rs. 1.75 against the greenback at the close of the session, closing at Rs. 191.77. The greenback has gained Rs. 5.9 against the rupee since the start of the week. 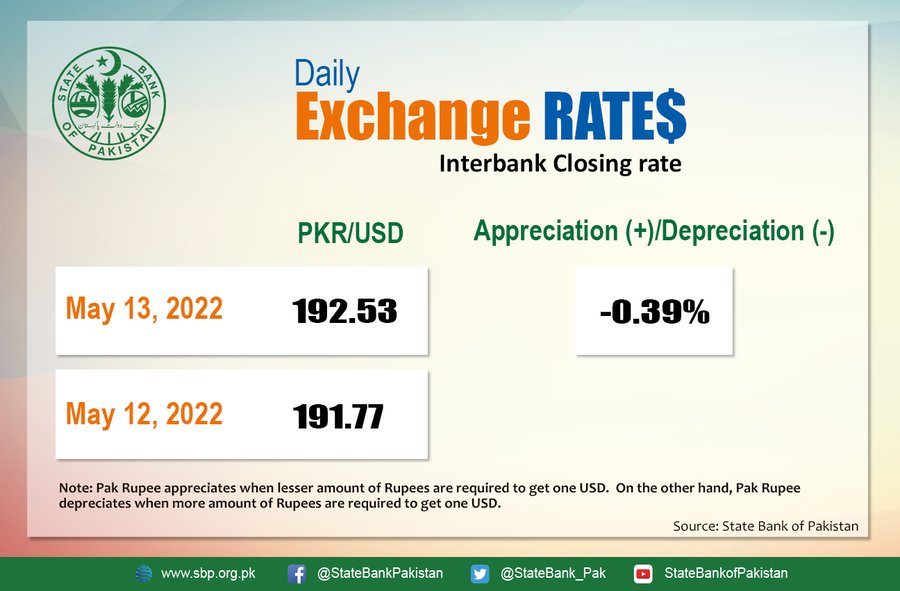 The greenback has also strengthened in the international market, climbing to a fresh 20-year high. Reuters said in a report on Friday that developing countries will have to tighten monetary policy to head off falls in their currencies. It added that not doing so would bring further inflation and raise the cost of servicing dollar-denominated debt. The report further mentioned that China’s yuan, which is an anchor for Asian and commodity currencies, has also tumbled.

However, in Pakistan, local factors are also at play as the uncertainty surrounding a deal with the International Monetary Fund (IMF) continues, which has delayed the release of a $1 billion tranche.

Despite record remittances of $3.1 billion sent by expatriate Pakistanis during April 2022, Pakistan’s liquid foreign reserves slumped to a 28-month low after an outflow of $178 million in the week that ended on May 6, 2022. The central bank reserves are also down to a 23-month low.

Discussing the local currency’s performance during the day, the former Treasury Head of Chase Manhattan Bank, Asad Rizvi, mentioned in a tweet that central banks’ net forex reserves got hammered for the ninth consecutive week. Rizvi added that due to low reserves, the central bank cannot intervene to support the rupee and predicted tough days ahead. 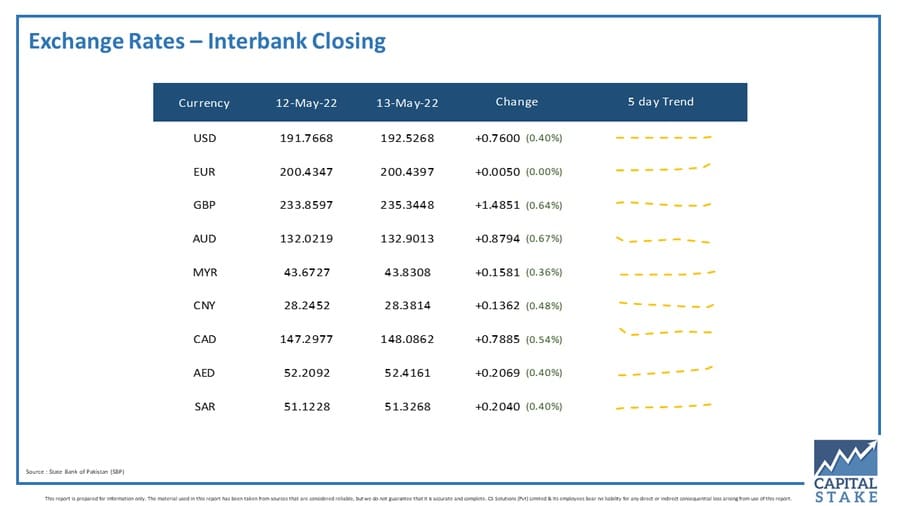 The rupee also lost 21 paisas against the UAE Dirham (AED).