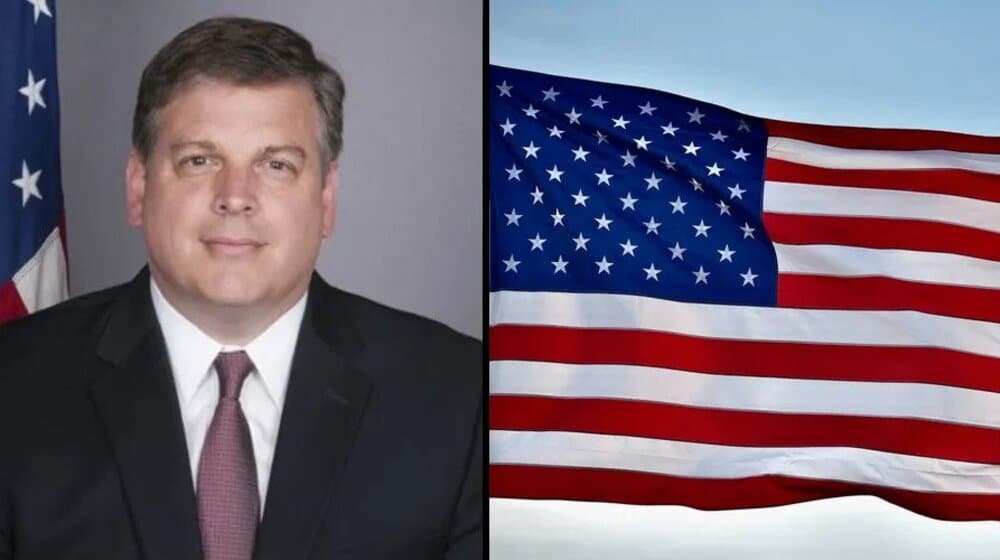 The new US Ambassador to Pakistan, Donald Armin Blome, is finally set to arrive in Pakistan on the 23rd of May when he will take up his new role as America’s top diplomat in Islamabad. Ambassador Blome – currently the US Ambassador to Tunisia – will be the first full-time envoy to Pakistan since 2018.

The timing of his arrival is seen by Pak-US analysts as Washington’s explicit signal that the US wishes to reset ties with Islamabad and the new Shehbaz Sharif Government. The friendly diplomatic relations between Washington and Islamabad had become decidedly frostier during the PTI government’s tenure when, in a move widely seen as a signal of downgraded ties with Islamabad, the Trump administration did not appoint a full-time Ambassador after the previous envoy completed his term four years ago.

The fraught relations between Washington and Islamabad only became worse during the Biden administration and particularly during Pakistan’s recent political crisis when Imran Khan accused the US of being complicit in his ouster as PM.

Ambassador Blome’s arrival will come just days after Pakistan’s new Foreign Minister, Bilawal Bhutto, makes his maiden visit to the US where he is scheduled to meet with US Secretary of State, Anthony Blinken. Although it has not yet been confirmed, the likelihood is that Mr. Bhutto’s visit – which is expected to set the tone for future Pak-US relations under the current Pakistani Administration – will also include a meeting with Ambassador Blome.

Ambassador Blome is a career diplomat who has served in Missions across the Middle East and Asia. His illustrious career includes senior roles as part of diplomatic missions to Iraq, Israel, Kuwait, and Egypt, as well as serving as Political Counsellor to the US Embassy in Kabul. His appointment was approved by the Senate in March of this year.

At his Senate confirmation hearing, he said that if he were approved as Ambassador he would “press Pakistan to target all terrorist groups without distinction.” Speaking about Pakistan’s human rights record towards minorities, he told the hearing that he would “speak out against violations of human rights and religious freedoms.”

In a Tweet congratulating Ambassador Blome on his appointment, the US Department of State said that the partnership between the US and Pakistan was “key to progress on regional security, trade, investment, the climate crisis, and human rights.”

At a time when alleged US involvement in Pakistani politics is making headlines, Ambassador Blome will have a tough assignment ahead of him. Resetting the political relationship will, in all likelihood, be easier than meeting the perception challenge amongst ordinary Pakistanis who have, for years, been fed a diet of anti-American rhetoric.

Time will tell how the people of Pakistan react to the paradigm shift between the previous government’s stance towards America and the more positive noises from the new government, but Ambassador Blome’s proven experience in some of the world’s tougher diplomatic neighborhoods will undoubtedly stand him in good stead in navigating what may prove to be his most difficult diplomatic role yet.