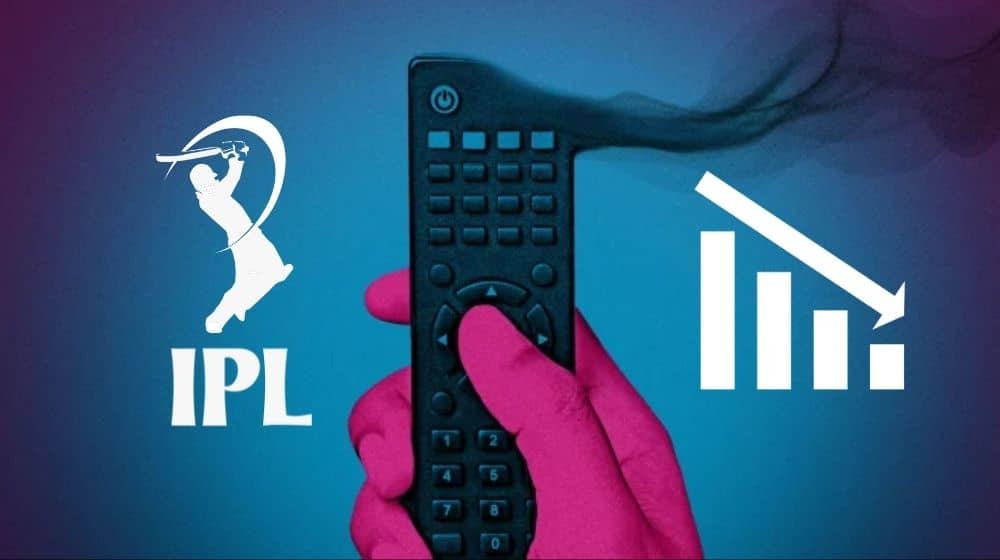 Indian Premier League has seen a decline in viewership by 35% as compared to last year. TV ratings after eight weeks of the start of tournament are recorded to be 2.52, comparatively lower than last year’s 3.75. The failure of big teams is being termed as the reason behind poor interest by fans.

The interest in this year’s IPL was noticed to be less than the previous seasons from the start and it did not spike as the tournament proceeded further. According to reports, TV ratings have declined by 35% than last year’s records. Eight weeks into the tournament, ratings are at 2.52 which is unimpressive as compared to last year.

According to BCCI, the tournament could not generate hype as big guns failed to fire. With star-studded Mumbai Indians and Chennai Super Kings lying at the bottom of the points table, fans have lost interest in IPL.

“Let me admit, there is a dip in IPL viewership. But it is not due to cricket fatigue or anything as projected by the media. It is actually due to a dip in form for teams like Mumbai Indians and Chennai Super Kings. Between them, they have 9 IPL Titles, and they are very popular. As these teams are not doing well, it has affected the TV Ratings,” said the BCCI official.

The IPL Chairman, Brijesh Patel, however, had a different and optimistic approach towards the issue.

“There is a slight dip in viewership, but the numbers are not alarming. I don’t see them having any impact on the media rights sale. We also believe a lot of people are now watching the games at restaurants, pubs, and clubs. What we see is one connection and hundreds of people watching.”

According to reports, Mumbai Indians, Kolkata Knight Riders and Chennai Super Kings were the most followed teams last year. Thus, with major franchises collapsing on field fans seem to lose interest in IPL.