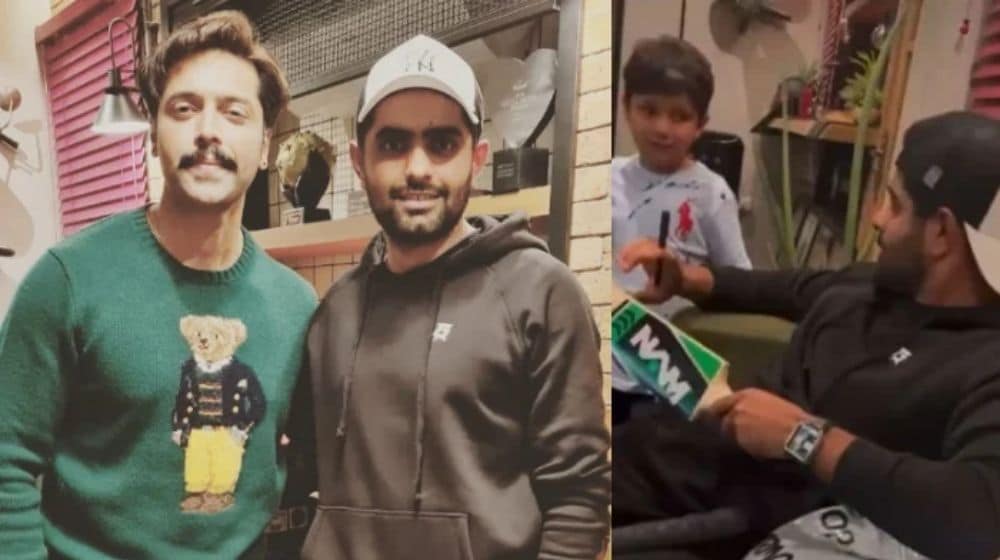 A video of Pakistan captain, Babar Azam, playing cricket with Fahad Mustafa’s son, Moosa, is catching the eye of netizens after it went viral on social media.

Babar Azam spent some good time with friends and family after the recently concluded series against Australia and will lead the national side in the upcoming three-match ODI series against West Indies starting from June 8.

In a viral video, Babar Azam can be seen bowling to Moosa where he plays a straight drive back to Babar. The host of the well-known game show, Jeeto Pakistan, took to Instagram and shared the video with the caption “My star Moosa with present star and pride of Pakistan Babar Azam.”

Last year in December, Babar Azam had gifted a signed bat to Moosa at a dinner hosted by Fahad Mustafa. Later, Fahad posted a photo of Moosa holding the bat with Babar Azam’s signature on it.

Babar Azam enjoyed a good cricket season as he guided the team to the T20 World Cup semi-final, beat India for the first time in World Cup history,  and won an ODI series against Australia and South Africa.