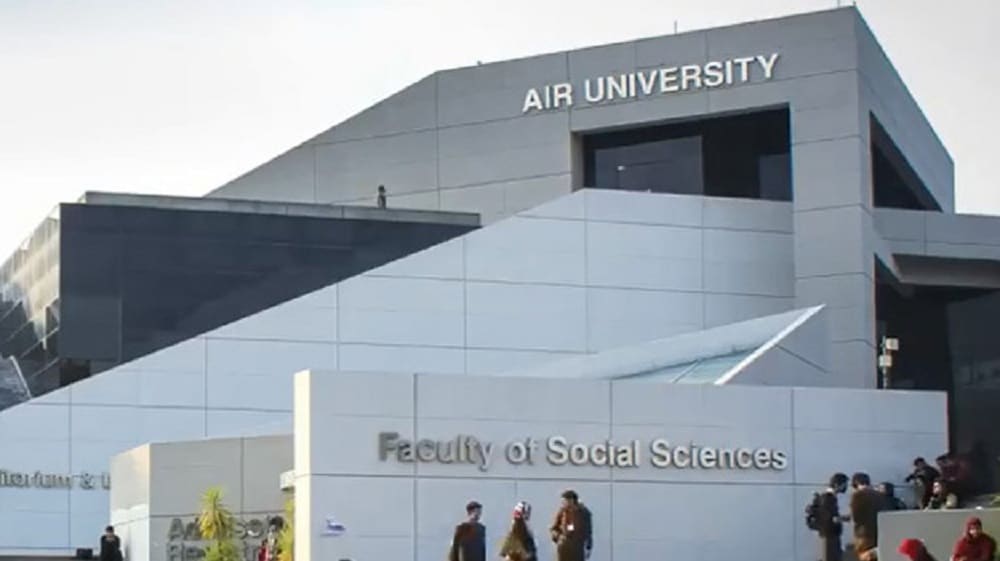 It was attended by renowned scholars and professors from several including Canada, Italy, Sweden, Australia, China, and Iraq, who expressed their views on renewable energy sources, nano-technology, magnetic, thermoelectric and ferroelectric materials, and the theoretical, modeling, simulation, and medical applications of Physics. Among the attendees were scholars, delegates, students, deans, and directors of Air University.

The conference was organized by Dr. Mozaffar Hussain, Chair of the ICP 2022 and Department of Physics, who also gave a keynote talk on the contemporary needs for research in Physics.

Renowned scientist Dr. Samar Mubarakmand was the chief guest at the inaugural ceremony and he lauded Air University’s initiative to organize the international conference that provided a remarkable opportunity for knowledge sharing among Physics scholars.

He shared his life experiences with participants and said that the knowledge of Physics is essential in every field, including education, healthcare, and defense. He remarked that Pakistan has immense reserves of a large number of minerals and natural resources such as coal, gold, copper, chromites, iron ore, etc.

“However, 95 percent of minerals are still unexplored in Pakistan,” Dr. Mubarakmand stated and stressed the need to give due importance to the mining industry to boost the national economy.

He referred to Dr. Mubarakmand as a ‘national icon’ and said, “We are honoured to have such a legendary and veteran scientist among us”.

The VC mentioned that there is much to learn from Dr. Mubarakmand’s outstanding professional achievements and leadership qualities. “We are highly grateful for his contributions for making the defence of our beloved homeland unconquerable,” he said.

The VC also urged the students to explore new avenues in the context of the digital era and stated that Physics opens doors to most exciting, cutting-edge, rewarding career opportunities across the globe.

According to him, one of the major lessons Air University learned during the pandemic was the importance of online education and distance learning.

“The theme of the conference is very close to our hearts,” the VC said and continued that several issues related to renewable energy, climate change and global warming would be addressed during the two-day conference.  He also announced that all of the university’s campuses are going to be solar in near future.

The VC also announced that Air University is collaborating with the government for a project on water conservation and distribution management based on modern techniques of satellite imagery and artificial intelligence.

“Air University is always supportive in research and innovation through our modest efforts,” he said and added, “We have consequently improved our rankings as we are currently ranked 15th in the QS Ranking and 6th in the Times Higher Education Impact Ranking”.

Dr. Asghari Maqsood, and other distinguished speakers also emphasized the importance of quality education and encouraged the students to focus on research in their fields of interest.

The ceremony was attended by .

A lively Q & A session was also held in which participants asked different questions related to the topics covered.