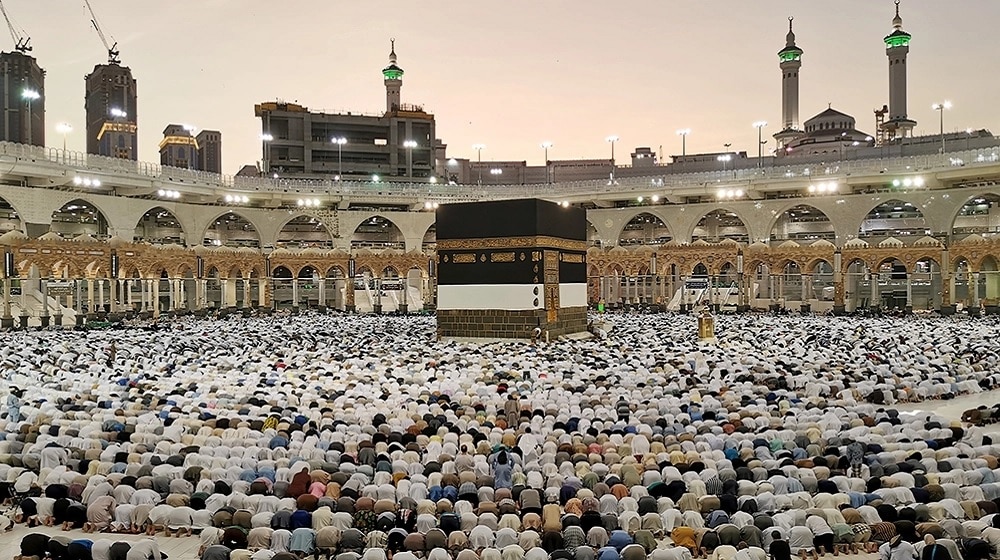 Commercial banks have received an overwhelming response from Hajj aspirants this year, with a total of 63,687 applications received against the government scheme target of 32,000.

The Hajj application receiving process through various designated branches of the 14 scheduled banks was from 1 to 13 May, according to data released by the Ministry of Religious Affairs and Interfaith Harmony.

The numbers of the applications received by the banks were:

Nearly 200,000 Pakistanis were allowed to perform Hajj every year by the government of Saudi Arabia in pre-pandemic times but the quota was reduced in 2022 and its cost has surged astronomically. Pakistan got a quota of 81,132 pilgrims this year, which was being distributed with the ratio of 40:60 percent to the government and private schemes respectively.

The ministry will hold balloting on Sunday to select over 32,000 of the over 63,000 applicants through the Government Hajj Scheme.

The total cost of the pilgrimage was expected to go up from Rs. 700,000 to Rs. 1 million but the Saudi Ministry of Hajj and Umrah has not provided details of mandatory expenses yet. It will announce the overall Hajj cost after receiving information from the concerned quarters.

In other news, personal smartphones are now mandatory for pilgrims to download two officially approved mobile applications Tawakkalna and Eatmarna as per the instructions of the Saudi Ministry of Hajj and Umrah.

The Saudi authorities have launched the two mobile apps to facilitate the overseas pilgrims performing Umrah and Hajj, and to obtain visit permits for the Holy Mosques in Makkah and Madina.

Hajj is open to those who have received the COVID-19 vaccinations approved by the Saudi Ministry of Health, and pilgrims are required to submit a negative COVID-19 PCR test result performed within 72 hours of the time of departure to Saudi Arabia.