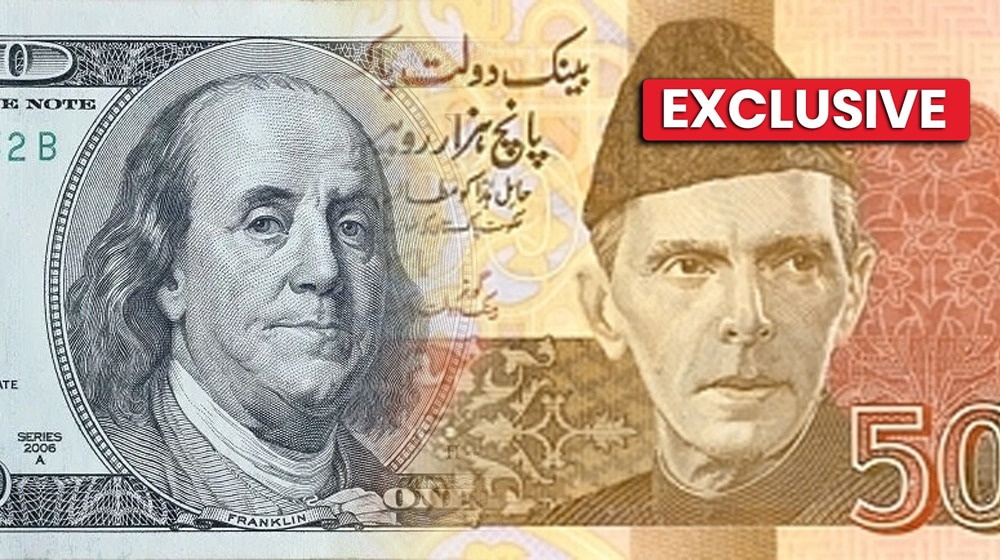 The Ministry of Finance has finalized the rate of Rs. 186 per US$ for the initial budget estimates for the next fiscal year 2022–23. This budget framework based on these estimation is currently being discussed with IMF in Doha on foreign exchange matters.

As per the initial estimates available with ProPakistani, the rate is set on the basis of the Budget Framework FY 2022-23. However, the value can be revised if it differs in the future. A real effective exchange rate (REER) is also normally discussed with donors in every talk.

Sudden change in dollar value can also change calculations later. But, interestingly the earlier calculations look naïve to any analyst after the dollar valuation went up. The US Dollar crossed Rs. 201 (mid-day trade Thursday) in the open market largely due to higher foreign payments by the government from the foreign exchange reserves.

On the basis of its analysis, Ministry of Finance actually issues a notification for the dollar evaluation for budget estimates. The ministry had issued an office memorandum to all the ministries, divisions, departments, subordinate offices, autonomous and semi-autonomous bodies, and the Pakistan Stock Exchange (PSE) to advise them to prepare the Foreign Exchange Revised Estimates 2021-22 and the Budget Estimates 2022-23 in million Pakistani Rupees on the prescribed FEB Forms (I-VI), using the above-mentioned exchange rate in accordance with the specific instructions and general guidelines provided in the Budget Call Circular 2022-23. They are to forward them to the Finance Division (External Finance Wing) by May 23.

In accordance with the Foreign Exchange Budget Calendar for FY 2022-23, the Ministry of Finance has advised all the government departments and ministries to prepare Foreign Exchange Estimates for FY 2022–23 based on the rate of Rs. 186/US$ and submit the estimates May 23.

It has also advised finalizing the budget preparation of the Foreign Exchange Revised Estimates 2021-22 in accordance with Rs. 175/US$.

The current invisible expenditure may include the payments to be made in foreign exchange by the ministries and departments. This can include the expenditure on delegations going abroad, trainees to be sent abroad, the salaries of the associated expenditure of missions abroad, official donations; subscription fees, the salaries of officials on leave abroad, legal fees, demurrage, freight charges, etc. The development-invisible-expenditure may include payments to the consultants and/or experts working on development projects, and the preparation of feasibility studies of development projects, etc. that are payable in foreign exchange.

In its notification, the Finance Ministry has also said that if a response is not received by the stipulated date, it will be assumed that the concerned wing/section does not require any foreign exchange.