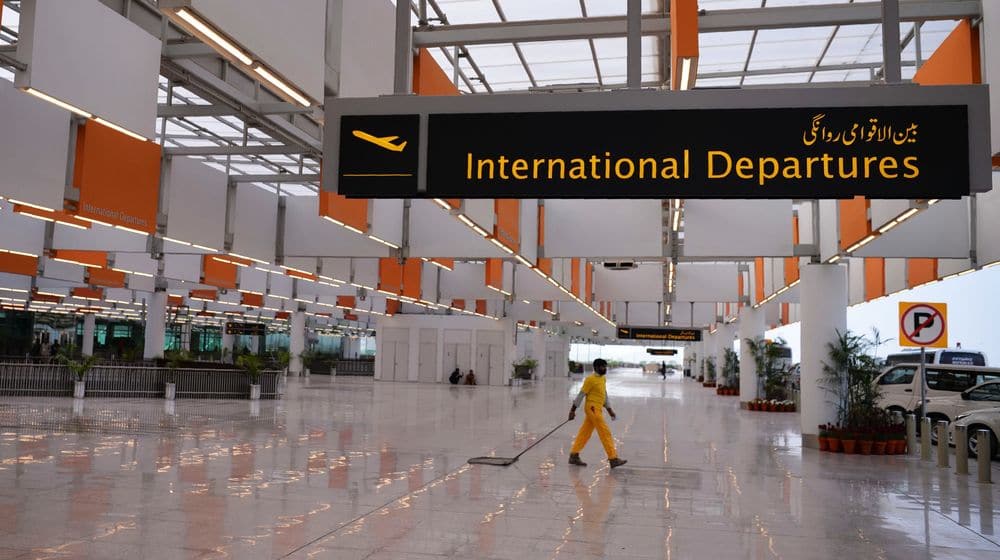 The Islamabad International Airport has barred its low-grade staff from using smartphones inside the airport premises.

However, the workers, including porters, helpers, and loaders, are still allowed to use feature or keypad cell phones.

The airport management said that it has been directed by the Civil Aviation Authority (CAA) to restrict staff from bringing or using smartphones to the airport in order to improve airport security, and instead have them use keypad cell phones during work.

The airport management said in a notification issued on Tuesday that staff members have been using smartphones openly and it could result in unfavorable incidents.

It read, “Taking pictures or videos of the airport’s sensitive areas and posting them on TikTok or other social media platforms is concerning from a security point of view”.

Additionally, miscreants or smugglers could induce the staffers to carry out heinous or unlawful activities.

The management has instructed the heads of the security agencies and airlines working at the airport to ensure strict compliance with the decision.

Meanwhile, a senior airport official said that workers are worried about the restriction as it can potentially reduce productivity and lead to conflicts with security personnel.