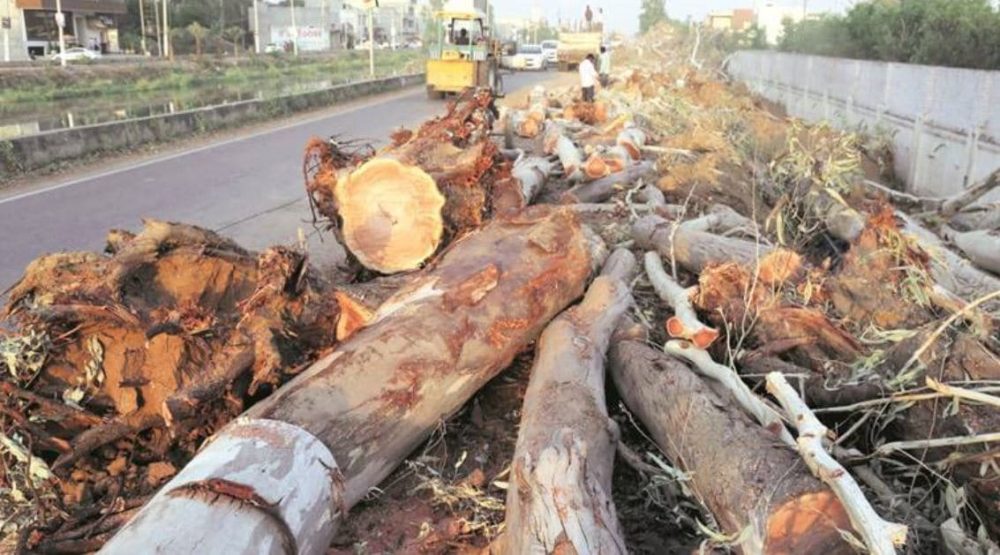 The local government is chopping down hundreds of old trees near Cantonment Board Malir (CBM), for the Red Line Bus Rapid Transit (BRT) project. The report comes amidst multiple spells of intense heatwaves in Karachi and several other parts of Pakistan.

The work on Red Line BRT began last month. However, a massive public outcry recently became audible following the reports of deforestation that caused traffic jams and general unrest in the area. The chopped trees include native neem and the exotic Conocarpus. CBM itself foresaw the plantation of both trees two decades ago.

The administration procured the aid of the Asian Development Bank for Red Line BRT. Sources say that Sindh Environmental Protection Agency (SEPA) granted a no-objection certificate to the project in 2020 despite knowing about the deforestation activity that would follow.

The project’s environmental assessment report revealed that Red Line BRT construction site previously had around 23,693 trees, a majority of which are being uprooted. The forestation department will reportedly transplant a few and spare around 300 indigenous trees.

Senior environmentalists and the general public have denounced the government’s decision to cut down decades-old trees with absolute disregard for the environment and the people.