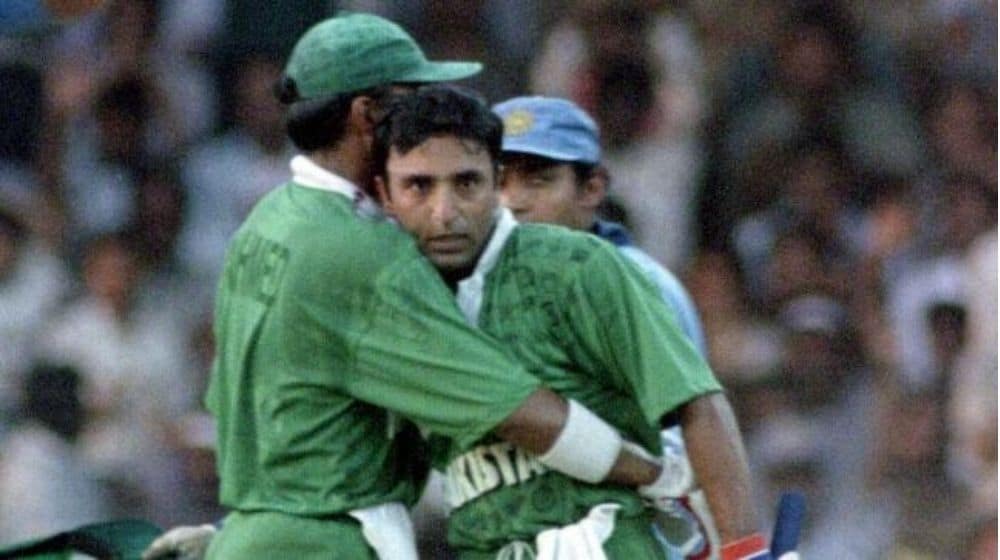 On this day 25 years ago, the entire cricketing world rose to their feet and applauded the Pakistani batter, Saeed Anwar, for smashing the Indian bowling attack and scoring the highest individual runs in an ODI at Chennai, India.

The stylish batter’s unbeaten knock of 194 runs come at a time when scoring more than 150 runs in an inning was difficult for batters and that is why the record stood for more than twelve 12 years.

While batting first, Pakistan lost an early wicket of Shahid Afridi when they were 8 runs on the board but Saeed led the batting line and played an unbeaten knock of 194 off just 146 balls with the help of 22 fours and 5 sixes that helped Pakistan post 327/5.

Pakistan won that Pepsi Independence Cup match by 35 runs and even Rahul Dravid’s 107 and Vinod Kambli’s 65 could not help India chase down the huge total. Aaqib Javed and Saqlain Mushtaq bowled brilliantly and took 5 and 2 wickets respectively.

Saeed Anwar, who is regarded as one of the greatest opening batters Pakistan has ever produced, dropped the curtain on his outstanding career in 2003 after scoring twenty centuries in ODIs, more than any other Pakistani batter in this format.

He is also the third Pakistani after Nazar Mohammed and Mudassar Nazar to carry his bat through a Test innings has also scored two successive hundreds on three occasions in his career and was the first Pakistani batter to score a century against India on Indian soil in an ODI match.