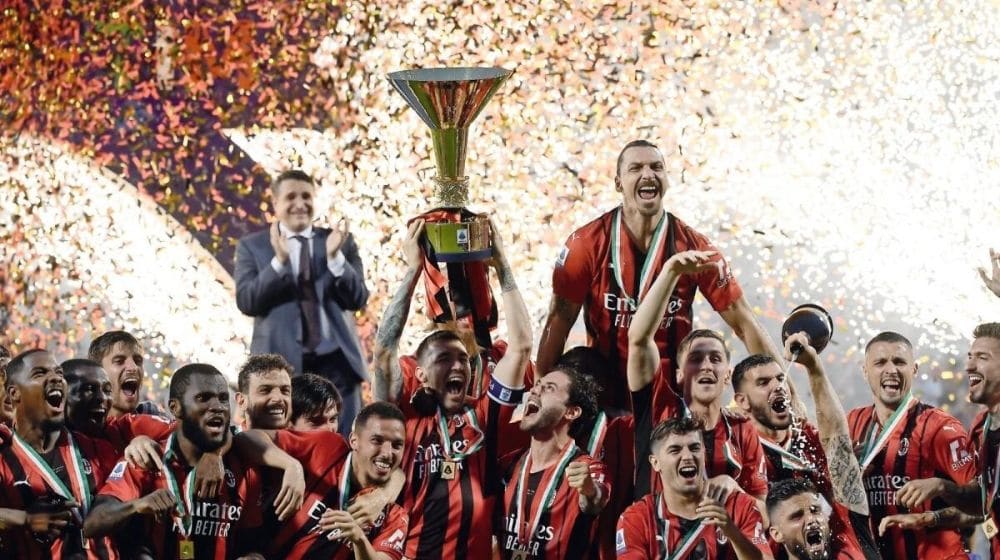 AC Milan lifted their first Serie A title in 11 years as they registered a comfortable 3-0 win against Sassuolo on the final game week of the league. Milan started the match as the league leaders and needed just a draw to clinch the title ahead of their rivals, Inter Milan.

The Rossoneri showcased their class as they raced to a 3-0 lead away from home against Sassuolo. Former Arsenal and Chelsea striker Olivier Giroud scored twice while Ivory Coast midfielder Franck Kessie added a third to send the AC Milan fans into a frenzy.

Here is the final league table: