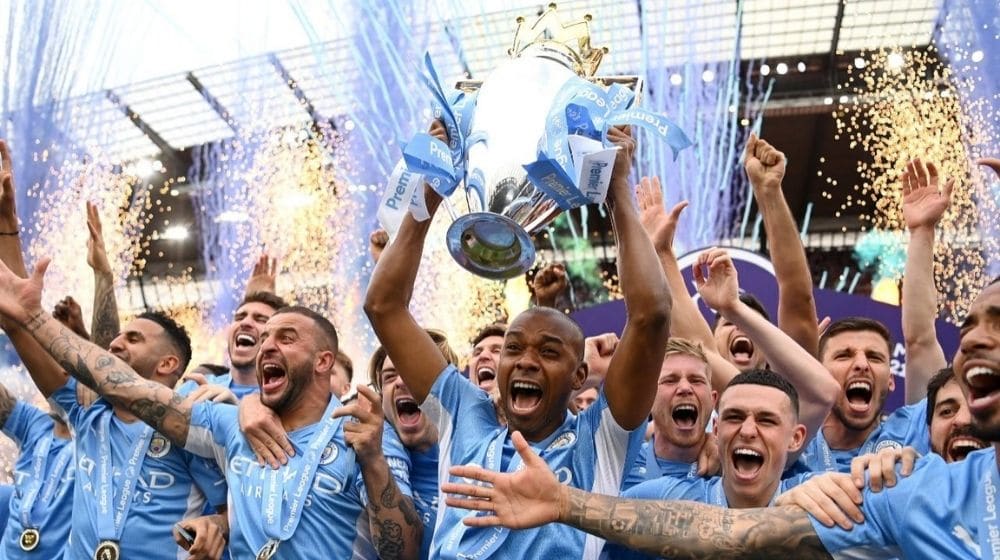 Manchester City lifted their 6th English Premier League title after pulling off an astonishing comeback against Aston Villa in the final game of the season.

Manchester City was on the cusp of losing the title to Liverpool as they were trailing 2-0 courtesy of brilliant goals by Matty Cash and Phillip Coutinho before pulling off a fightback with only 15 minutes of normal time remaining.

The German midfielder, Ilkay Gundogan, was the star of the show as he staged an unlikely comeback, scoring two goals while Spanish defensive midfielder, Rodri, scored one goal as City overcame the deficit with almost 9 minutes of regular time to go. City’s three goals were scored within a space of 5 minutes as Aston Villa collapsed to shatter the dreams of the Liverpool fans.

Heading into the final day, Liverpool required to win their encounter against Wolverhampton Wanderers while City had to drop points against Villa. Liverpool ultimately fell 1 point short of the title despite defeating the Wolves by 3-1.

Elsewhere, Burnley was relegated from the Premier League as they suffered a 2-1 defeat at home from Newcastle United. Meanwhile, Leeds United survived the drop as they beat Brentford away from home.

Moreover, Tottenham Hotspur battered Norwich City 5-0 as they booked their place in the UEFA Champions League next season. Arsenal finished two points off the coveted spot despite defeating Everton 5-1 at home.

Here is the final league table: