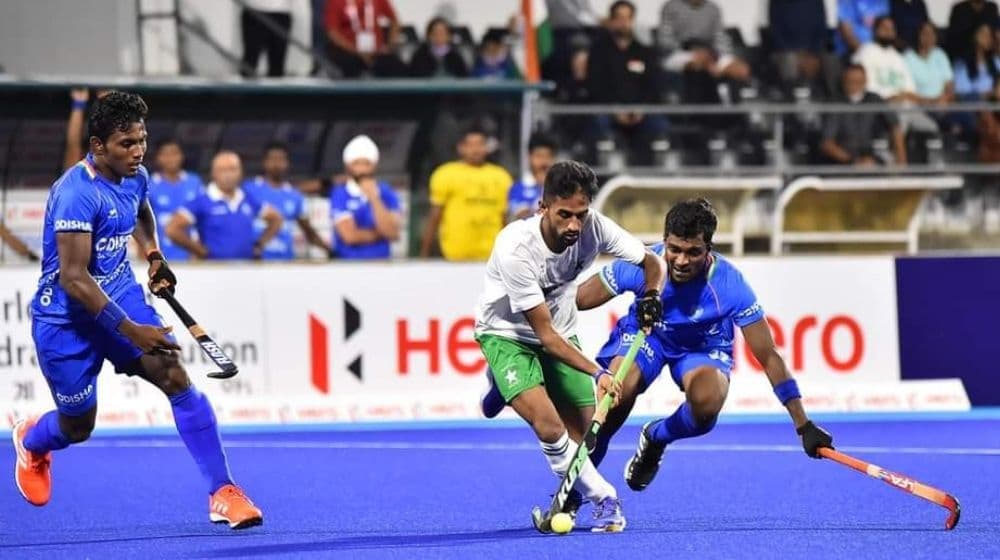 Pakistan pulled off an unlikely draw against India in their first match of the 2022 Hockey Asia Cup. The Men in Green scored a last-gasp equalizer as the match ended 1-1 in Jakarta.

India started the scoring early on in the match as Selvam Karthi scored in the first quarter of the match. They held their lead until the last minute of the last quarter as Pakistan struck back through Abdul Rana as both the teams shared the points in their opening game.

Pakistan currently sits at the third spot in the table while India sits at the second spot with one point each. Japan is currently leading the group as they registered a 9-0 victory over Indonesia earlier on in the day.

The Men in Green will be looking to finish within the coveted top two spots in the group stage and make their way to the semi-final of the competition.

Pakistan needs to make it to the next round in order to secure qualification for the World Cup next year. The top three teams that have not already qualified for next year’s Hockey World Cup will qualify for the mega event.

The Green Shirts will face Indonesia tomorrow in their next match in the competition. A win for Pakistan will put them in a good position to qualify for the next round.

Here are the current standings: