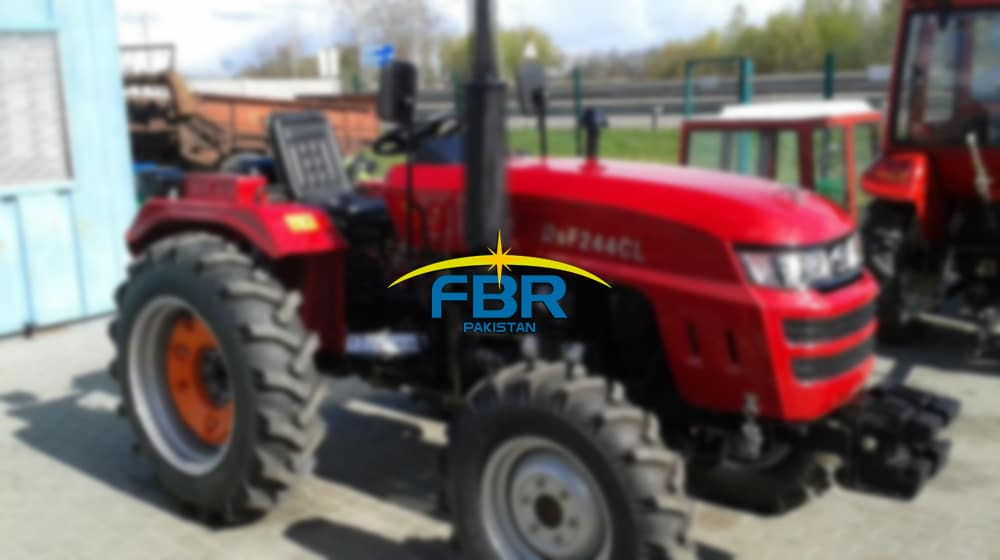 The Federal Tax Ombudsman (FTO) Dr. Asif Mahmood Jah, said on Tuesday that the Federal Board of Revenue (FBR) has been neglecting the timelines provided in the Recognized Agricultural Tractors Manufacturers Rules, 2006, while processing the sales tax refund claims of the tractor industry.

The FTO issued an order today detailing the delayed processing of due refund claims and the subsequent delay in the transfer of the sanctioned amount to the tractor Industry Claimants’ bank accounts as per the timelines prescribed vide SRO.363(I)/2012, dated 13 April 2012, is tantamount to maladministration in terms of Section 2(3) of the FTO Ordinance, 2000.

The FBR will direct all the Chief Commissioners of Inland Revenue with jurisdiction over the sales tax affairs of the tractor industry to comply strictly with timelines under SRO.363(I)/2012 for the processing of the due refund claims, as directed by the FTO.

The FTO took notice that the entire tractor manufacturing industry is facing a severe liquidity crunch as the industry’s over Rs. 8 billion Sales Tax refunds have been pending with the FBR for the last two years. The industry pays 17 percent Sales Tax to its vendors from whom it purchases parts.

It is allowed to pass on only five percent of the Sales Tax to the buyers and the FBR has to refund the rest of the 12 percent to the Tractors Manufacturers. This differential, in the case of one unit alone — M/s Millat Tractors (Claimant) — touched Rs. 6 billion. This situation left the manufacturer no choice but to suspend its operations to prevent future losses.

M/s Millat Tractors Limited approached the FTO Secretariat for the redressal of this systemic issue and requested that the FTO intervene in this matter for the expeditious disposal of the long-pending refund claims of the tractor industry. The Own Motion Complaint was referred to the Secretary, Revenue Division, Islamabad in terms of Section 10(4) of the FTO Ordinance, read with Section 9(1) of the Federal Ombudsmen Institutional Reforms Act, 2013.

The FTO order added that the arguments of both sides were heard and the available records were perused. The claimant’s (M/s Millat Tractors) contention that the department had not processed/sanctioned the due refund within the three days prescribed under the Recognized Agricultural Tractors Manufacturers Rules, 2006, issued vide SRO.363(I)/2012, dated 13 April 2012, is correct.

Subject to the filing of the refund application under Rule 2 of SRO.363(I)/2012, dated 13 April 2012, the refund of the admissible excess input tax is to be allowed within three days. Subject to Rule 4, the claimant is required to file a complete refund claim with requisite supportive documents within 15 days of the sanctioning of the refund. In case, an amount already sanctioned and paid is found inadmissible, the same is recoverable within seven days by encashing the bank guarantee to the extent of adjudged liabilities.

It appears that the timelines, given in the prescribed procedure, are not being followed in letter and spirit during the processing of the refund claims of the tractor industry, the FTO added.