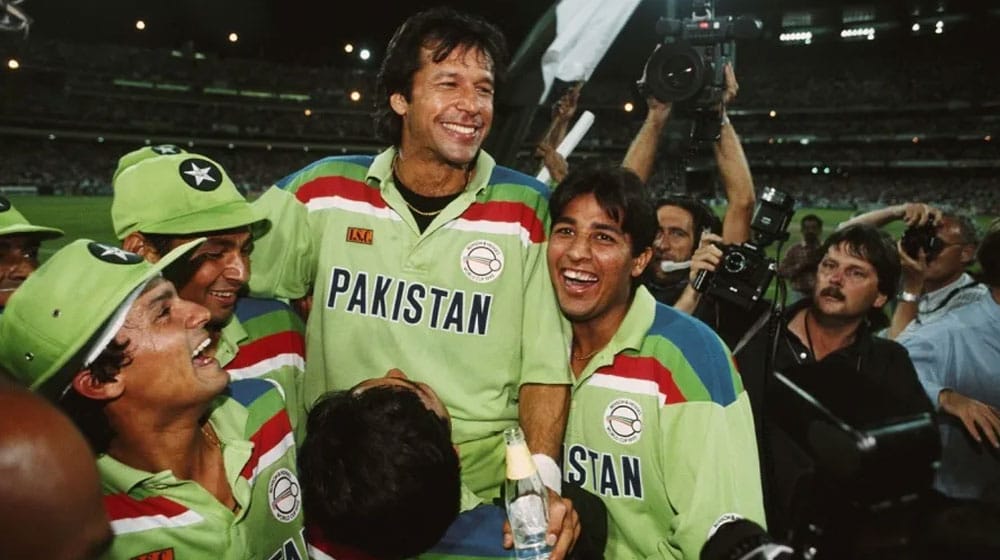 Former Pakistan captain, Waqar Younis, has recalled the famous 1992 World Cup and expressed his regret over not being able to play for the national team that won the trophy 30 years ago.

While speaking on Time Out with Ahsan Khan recently, the legendary fast bowler revealed, “I regret that I was not part of the winning side, but I was so excited and happy for my teammates.”

The fast bowler, who was at his peak at that time, was not part of the national squad for the showpiece event because of a stress fracture in his back right before the mega event and had to return to Pakistan.

While reliving the time when Imran Khan-led side returned to Pakistan, Waqar said that when his teammates came out with the trophy, he sat down and started crying as he was very emotional at the moment.

“When they came out I felt someone had taken my soul from the legs and I sat down and started crying, it was very emotional but happy moment at the same time. My team members eventually picked me up and all the celebrations started.”

It was a very proud moment for Pakistan when the national team defeated the strongest side of the tournament, England, in the final at the Melbourne Cricket Ground and brought the maiden World Cup trophy to Pakistan.

While naming some of the heroes of the national setup, Waqar said that it was a great combination under the leadership of Imran Khan despite half of the squad coming directly from the U19 level.

“The bonding was great, Imran Khan’s leadership was solid, and Javed Miandad was very strong. A batch came where six to seven players came from the U19 level and we were all part of the squad. We also had Wasim bhai, who was a bit senior but we were jelled all together.”