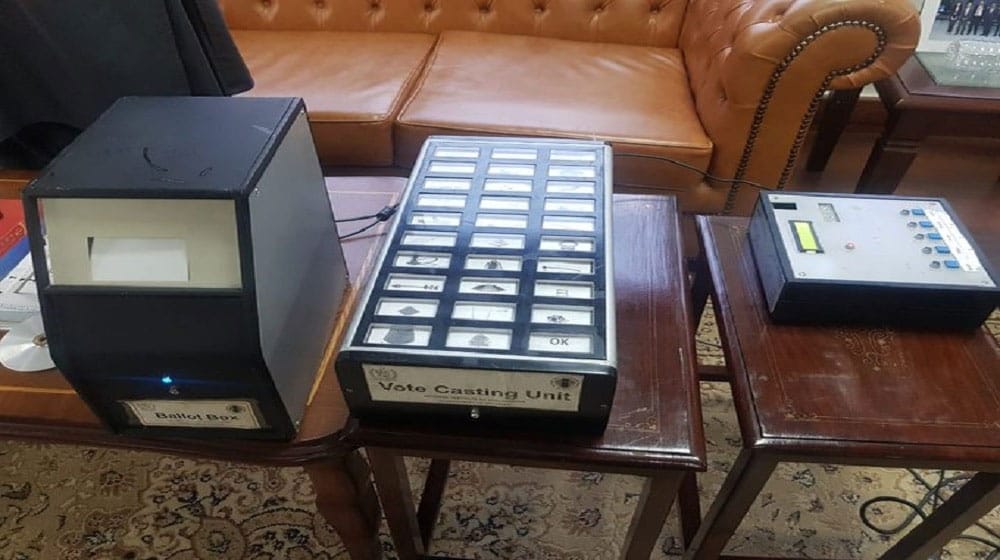 The National Assembly of Pakistan on Thursday adopted the Election Amendment Bill, 2022, which abolishes the use of electronic voting machines (EVMs) as well as disallows overseas Pakistanis from voting in the next general elections.

The bill that was approved by the federal cabinet for submission before the NA on Tuesday, was passed with a majority in an assembly that has no real opposition after the resignations of the Pakistan Tehreek-e-Insaf (PTI) leaders.

Debating the bill, Federal Minister for Law, Azam Nazeer Tarar, said that the bill was of immense significance.

He said that the PTI government had made several amendments to the Election Act, 2017, including those that allowed the use of EVMs and granted overseas Pakistanis the right to vote in general elections.

Earlier, Opposition Leader in the NA, Raja Riaz, said that the electronic voting would not be a successful experience, as some areas in the country are still without internet facilities.

GDA lawmaker, Ghous Bakhsh Mehr, on the other hand, said that EVMs were being used across the world and Pakistan should at least try using them.

“If not the whole country, then use them in some areas,” he said.

Jamaat-e-Islami’s (JI) Maulana Abdul Akbar Chitrali said that his party had opposed the bill during the previous government’s tenure.

“This bill does not mention the powers of the ECP. It would have been better if the commission was further empowered,” he said, reiterating that party heads should be summoned to give their opinion on the bill.

The PTI government had passed the amendment bill for the use of EVMs and giving the voting right to expats through a joint session of the Parliament on 17 November 2021 amid fervent protest by the then opposition.

The then adviser to the prime minister on parliamentary affairs, Babar Awan, had presented the bill to amend the elections act, 2017. The motion to table the electoral reforms bill passed with 221 votes in favor while 203 lawmakers voted against it.