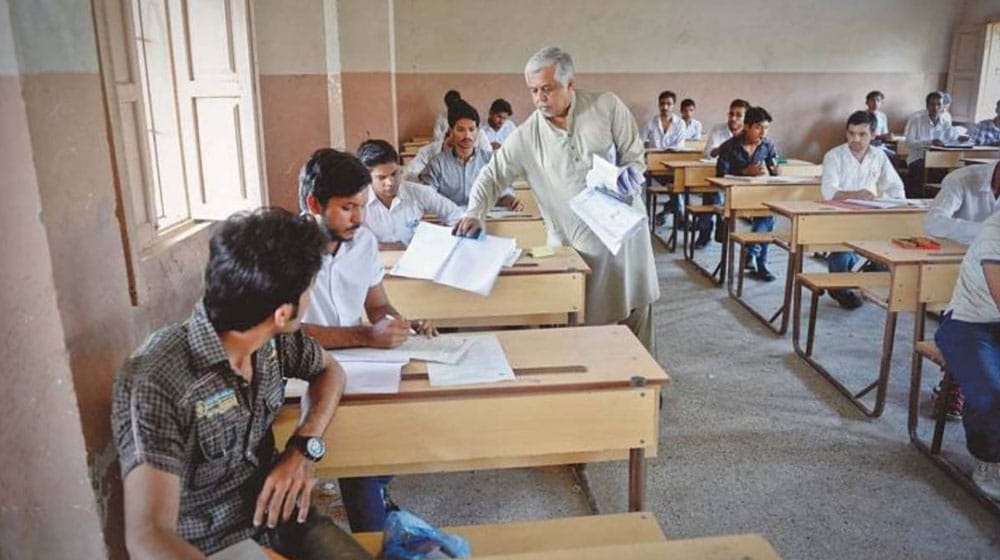 The Federal Board of Intermediate and Secondary Education (FBISE) has announced a revised schedule for the matric examinations that have been delayed due to the uncertain law and order situation in Islamabad.

According to the official notification issued by the Controller of Examinations, the postponed examinations for matriculation that were initially scheduled to be held on 25 and 26 May will now be retaken on 8 and 9 June respectively.

The rescheduling of matric written exams has resulted in delaying the commencement of practical exams as they will now begin on 10 June instead of 6 June.

Students are advised to download their new roll number slips from the website of FBISE. The remaining matric exams will be held as per schedule, the notification added.

Earlier this week on Tuesday, the FBISE announced to hold all final exams for matric as initially scheduled despite the uncertain law and order situation in Islamabad.

However, late on Tuesday night, the FBISE decided to postpone all annual exams for matric originally scheduled to be held on 25 and 26 May.