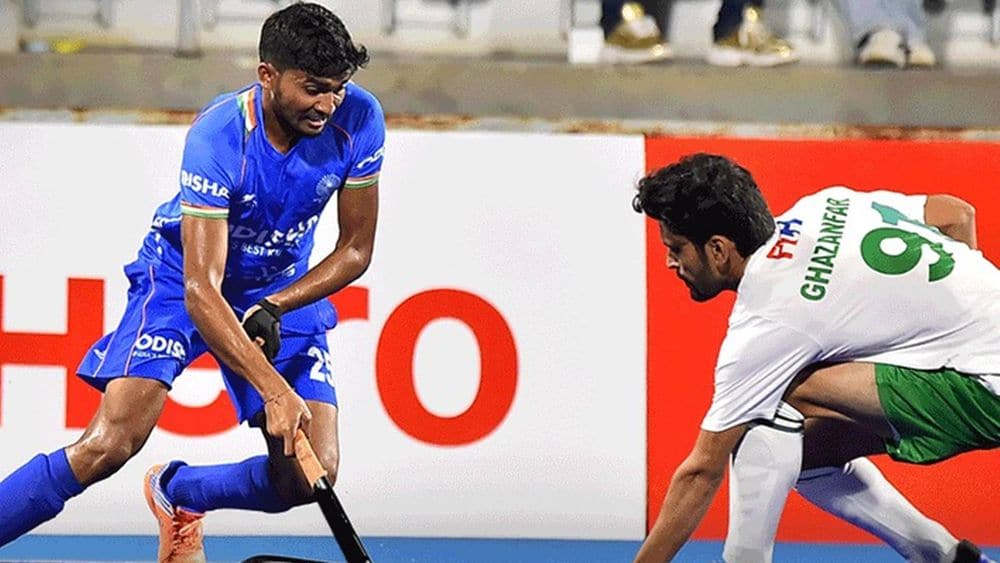 Pakistan hockey team has been knocked out of the ongoing 2022 Asia Cup after India’s 16-0 win against Indonesia. While both Pakistan and India finished the group stage on equal points, India qualified due to a superior goal difference.

Pakistan had defeated Indonesia 13-0 earlier in the competition while India scored 16 against them. India had lost from Japan 5-2 while Pakistan narrowly lost from the same opponents by 3-2. Both the teams had played out a draw against each other in the opening match of their respective campaigns.

Earlier in the day, Pakistan had a golden opportunity to snatch a draw against Japan as their third and equalizing goal was overruled by the referee due to Pakistan fielding an extra man. Another crucial moment in tournament came in India’s encounter against Indonesia as India’s clear-cut foul which resulted in their 10th goal was not given by the referee.

As a result of Pakistan’s disappointing exit from the tournament at the group stage, they have also failed to qualify for next year’s Hockey World Cup. Pakistan had to finish within the first three places in the Asia Cup in order to qualify for the mega event next year.

India’s win against Indonesia has also resulted in Japan and Malaysia qualifying for the Hockey World Cup as they are guaranteed to finish as two of the top three teams in the tournament. India has already qualified for the mega event due to being the host of the tournament.

As for the Men in Green, the 2022 Asia Cup showed a lot of signs of improvement under the new head coach, Siegfried Aikman. The overall gameplay of the team drastically improved while they lacked the final touch to put the ball in the back of the net regularly.