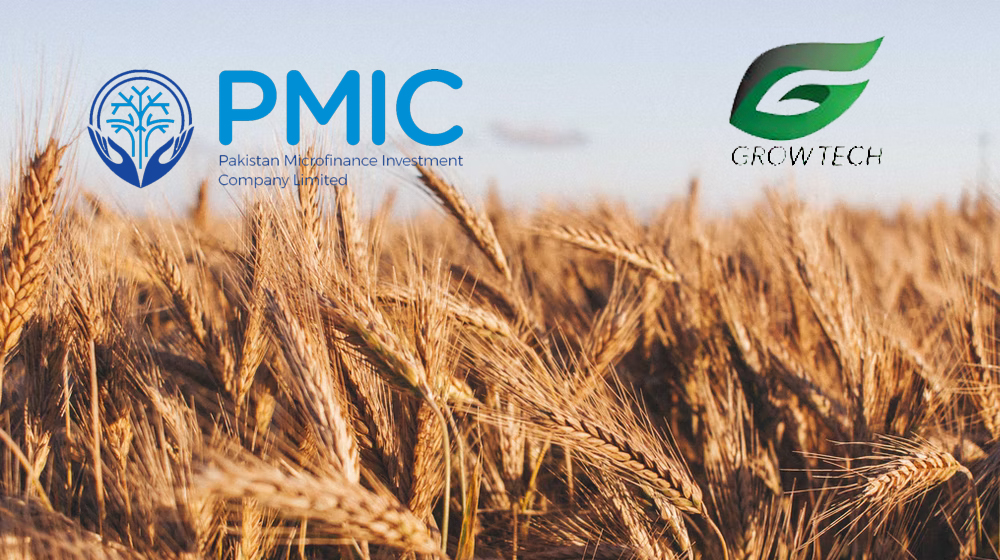 The Pakistan Microfinance Investment Company (PMIC) and GROWTECH Services Ltd. have signed an agreement for the Technical Assistance Grant under PMIC’s Challenge Fund that was launched in January 2022.

As per the details, GROWTECH Services was selected through a competitive and transparent process. Under the first round of the Challenge Fund, the thematic area ‘Accelerating Access to Finance and Increasing Income of Small Farmers’ will help 1,000 small farmers receive crop-related information through extension services.

Satellite imagery, soil testing, efficient water, fertilizer, and pesticide usage, besides linkages with input providers, facilitating farmers in crop sales, and the provision of financial services are part of the package offered by GrowTech to farmers. These interventions would ultimately result in lower input costs, increased crop yield, positive environmental impact, and higher incomes for the farmers.

Speaking at the occasion, the CEO of PMIC, Yasir Ashfaq, reiterated the PMIC’s commitment to financial inclusion and social impact in the country. He said that the Challenge Fund is part of the strategy to build new institutions and models that will accelerate access to financing for Pakistan’s underserved segments.

ALSO READ
Urea Offtake Plunges by 10% in May

He said that the successful implementation of the pilot will be followed by the replication of the model across the country to improve crop yields, lower input costs, and improve the incomes and livelihoods of small farmers.

The CEO of GROWTECH Services, Faisal Bilal, expressed his gratitude for the support offered by PMIC and shared the plans for implementing the pilot and adding new services to facilitate the farmers in their crop cycle. Onboarding new suppliers, grading services for buyers, and linking financial institutions with farmers are part of the expansion plans of GrowTech, and they see a long-term partnership with PMIC in scaling up the services for the rural economy at large.