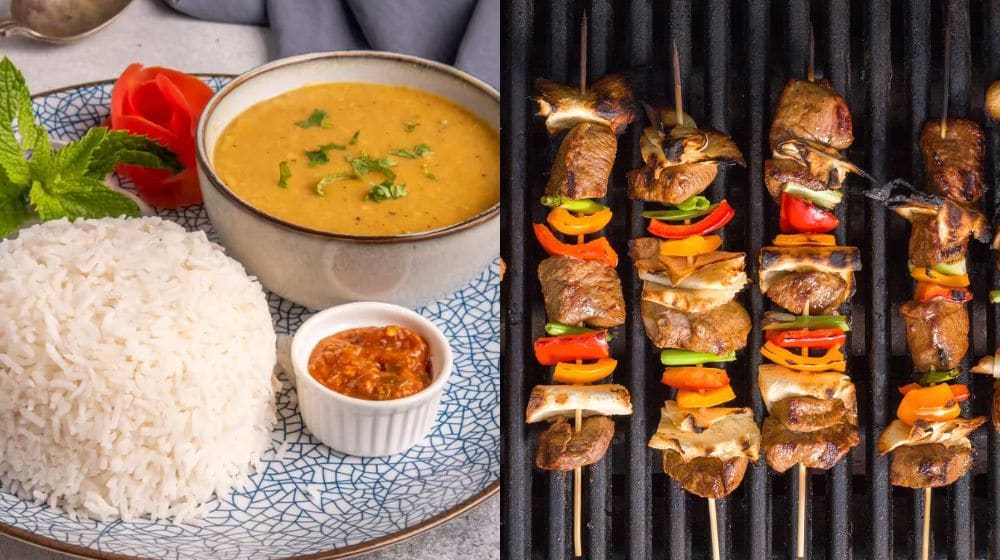 Passengers of an international outbound flight of the Pakistan International Airlines (PIA) strongly protested after they were served ‘Daal Chaawal’ instead of meat as an in-flight meal.

According to the details, the incident occurred on a Saudi Arabia-bound flight. The crew served daal chaawal to all passengers and no meat items were served.

This angered the passengers as most of them refused to eat their meals. Some of the passengers got involved in a heated exchange with the crew who tried their best to resolve the unusual situation midair.

After landing in Jeddah, the passengers filed a joint complaint against the crew members for serving them daal chaawal instead of meat. They also lamented the degradation of the services of the national flag carrier.

Speaking in this regard, a spokesperson for the PIA confirmed the incident. The spokesperson also apologized to the passengers for facing slight inconvenience during their journey.

The spokesperson added that the national flag carrier has been facing a shortage of different items due to supply chain issues on the vendors’ side. The provision of meat items will be restored after the vendors ensure a continuous supply.