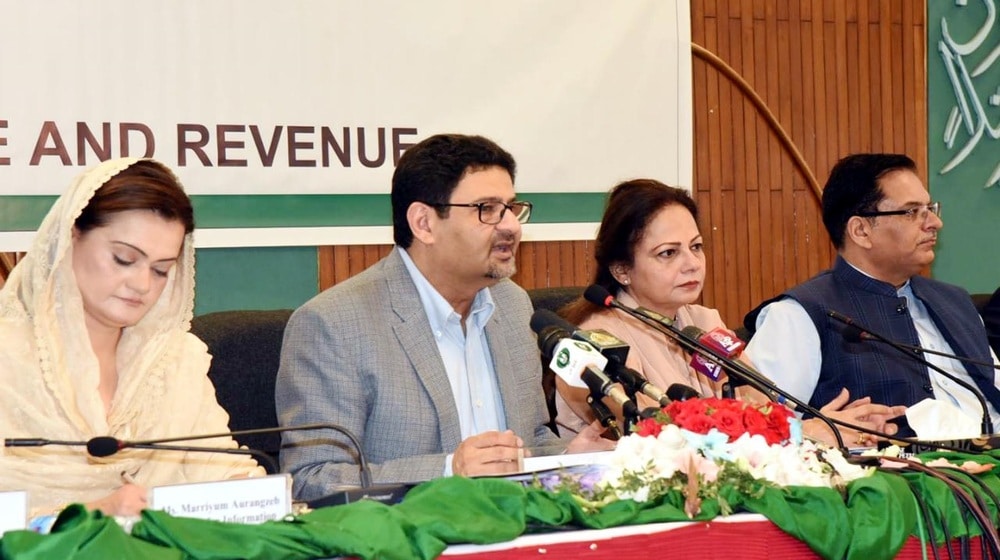 Finance Minister Miftah Ismail Saturday said that fiscal consolidation to avoid a Sri Lanka-like situation is the top priority of the government. He added that providing relief to the inflation-hit masses is also among the government’s priorities.

He said that GDP growth and inflation will be on the government’s radar but fiscal consolidation and provision of relief to the masses are the top priorities of the government in the new budget. He said the budget of the Benazir Income Support Program (BISP) has been increased by thirty-five to forty percent and flour, sugar and ghee will be provided at discounted rates at Utility Stores throughout the year.

The finance minister said the government has taken difficult decisions keeping in view the interest of the country. The government has reduced its expenditures as well as subsidy on power and gas to reduce deficits.

He said that the government had no option but to take tough decisions to stabilize the economy. He criticized the former government for not taking steps to resolve the issues

During the current fiscal year, the finance minister said the government gave over Rs. 1.1 trillion subsidies to the power sector. He added that they have to pay Rs. 500 billion for the losses incurred by the power companies.

Bad administration, flaws in the system for fixing the rate, transmission and distribution losses, and other issues were major reasons behind the high power generation cost, he added.

On a query, he said that there is a need to look into the matter of financial losses of power distribution companies, PIA, Pakistan Steel Mills, Pakistan Railways, and Gas companies.

The finance minister said that the previous government gave subsidies on fuel in violation of the agreements signed with the International Monetary Fund (IMF).

Ismail said that Prime Minister Shehbaz Sharif took difficult decisions for the sake of the country. He said the government has imposed additional taxes on the well-off people while efforts have been made to reduce the tax on personal income tax.

Alluding to the soaring prices of palm oil in the international market, he said the package of Rs. 20 billion has been given to promote the cultivation of oil seeds. The finance minister, however, admitted that it is unlikely that the prices of the commodity will come down during this year.