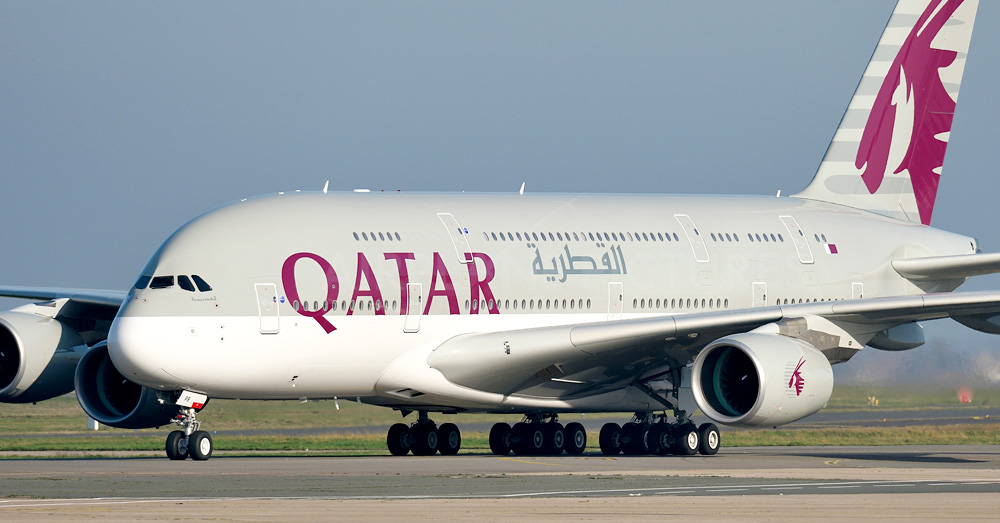 A Qatar Airways flight en route from Lahore to Doha made an emergency landing at the Jinnah International Airport, Karachi on Tuesday.

As per aviation sources, flight QR-629 developed a technical fault soon after it took off from Lahore’s Allama Iqbal International Airport this morning.

Pilots of the flight sought permission from the Air Traffic Control (ATC) for an emergency landing which was granted immediately.

The plane was grounded for repair work, however, the detail of the fault is yet to be revealed.

As per the Civil Aviation sources, around 200 passengers were on the plane when it made the emergency landing.

The aircraft was carrying 300 passengers from the Allama Iqbal International Airport in Lahore when its windscreen cracked mid-air due to low pressure of oxygen minutes after take-off.

The captain of the PK-759 flight contacted the control tower and asked for an emergency landing at the Jinnah International Airport.

The damaged plane was moved to the hangar for repair. An alternative flight was arranged for their departure to Jeddah.