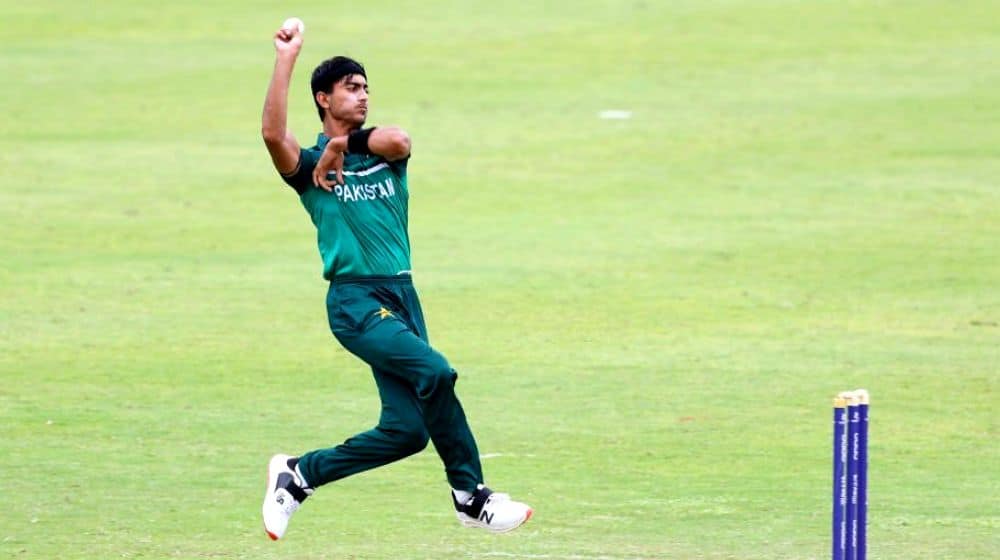 19-year-old pacer Zeeshan Zameer had once contemplated quitting cricket owing to the complex situation developing in his household but is now one of the bright talents recognized by the PCB Pathways Program. Continuing his journey in competitive cricket, Zeeshan was encumbered by several challenges at the start of his career that could have potentially compromised his future.

The Karachi-based cricketer had to face the challenge of leaving district-level cricket and traveling back to his village in Khyber Pakhtunkhwa to get his unwell mother operated on but decided to stay back after a local coach offered to take up the medical expenses.

His father is a driver in a private company in Karachi and given the limited financial support, Zeeshan was always willing to go the extra mile to chase his dreams. Rewarded for his excellent performances in the U19 circuit and an impressive PSL 7 outing with Islamabad United, Zeeshan is now one of the 107 cricketers part of the PCB Pathways Program granted a monthly stipend of Rs. 30,000 and the chance to be tutored by top coaches at the National High-Performance Centre.

“PCB Pathways Program is a very good initiative because I am aware of how difficult it is for players coming from humble backgrounds,” Zeeshan told PCB Digital.

“The players in the program will be in a better mental space and under less stress as their monetary requirements are being fulfilled by the PCB and they can support their family as well,” he said.

The fast bowler’s rise can be traced back to his stellar show in the National U19 One-Day Tournament 2020-21 when he bagged 19 scalps in 10 games for Sindh U19. His ability to generate steep bounce has been the main feature of his bowling arsenal.

Zeeshan, who idolizes Australia Test skipper, Pat Cummins, and wants to replicate the heroics of Wasim Akram and Waqar Younis, was the standout bowler in the U19 Asia Cup 2021 where he picked up 11 wickets in just three matches. Zeeshan also registered exceptional figures of 5-60 against archrivals India in the tournament, delivering his side a memorable victory. Later, he grabbed five wickets in as many games in the ICC U19 Men’s Cricket World Cup 2022

Toughened by the hardships of life, Zeeshan mentioned dealing with criticism in a positive manner to make progress.

“Some people will often try to discourage you but it is important to not dwell on their comments and focus on your practice and hard work. If you have reached a certain level on the basis of your talent, you should be confident enough to trust your skills.”

This year, Zeeshan made his maiden appearance in the PSL where he took the prize scalp of Karachi Kings skipper Babar Azam in only his second match. Zeeshan’s rapid lifter bounced sharply off the good length and ended Babar’s stay at the crease in what sadly turned out to be his penultimate delivery in the competition as his brief stint was cut short by injury.

Zeeshan’s dismissal of Babar was widely praised by the cricket fraternity and also met a nod of approval from the all-format Pakistan captain himself, who encouraged him after the match.

“When I got Babar out, it was a special feeling for me. I caught an injury after that match but Babar came to my room and appreciated me, telling me that this setback is part and parcel of the game. He motivated me to continue my hard work and to pursue my dream of representing Pakistan.”