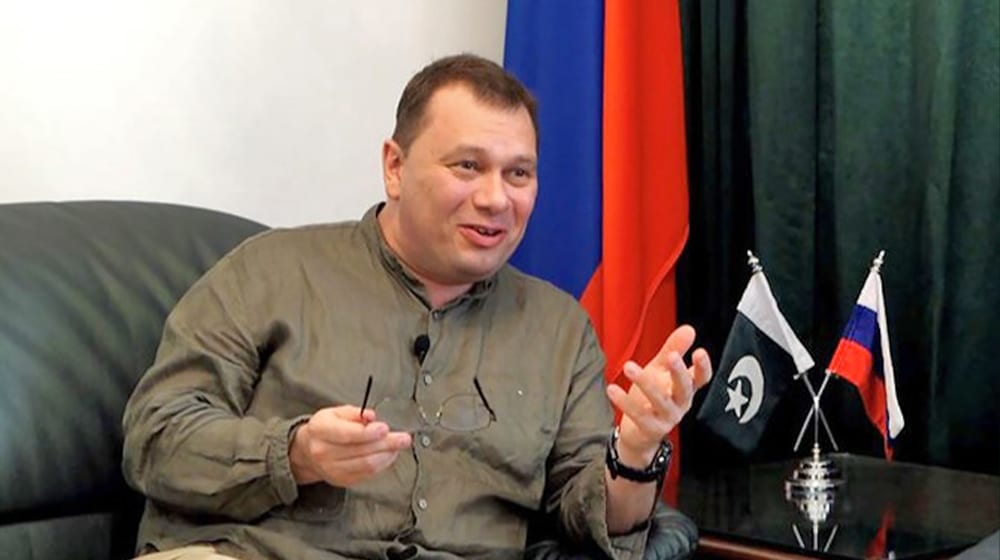 Russian Consul General, Andrey Viktorovich Fedorov, has stated that the sanctions that western countries have placed on Moscow are impacting economic cooperation between Pakistan and Russia.

The Russian envoy described the measures against Russia as “illegal Western sanctions” in an interview with Urdu News, saying that they impede economic cooperation between Russia and other nations since “money cannot be transferred [via banks]”.

ALSO READ
Economic Instability: Is the Import of Services Under the Radar After Ban of Luxury Goods?

Federov said, “We should look for and find some ways out of this situation because they [Western countries] are not only sanctioning us, they are also sanctioning Pakistan”.

He acknowledged that Russia regards Pakistan as a friend and hoped the South Asian nation felt the same way about Moscow.

“So, with a friendly country, we would want and would like any sort of business and economic cooperation,” he added.

The envoy also mentioned that he is unaware of any agreements between the government of former Prime Minister Imran Khan and the Russian President, Vladimir Putin, regarding the purchase of oil at discounted rates. He mentioned that Putin’s staff would be in a better position to comment about any agreements or negotiations between Pakistan and Russia during Khan’s visit to Moscow.

The bilateral relationship between Islamabad and Moscow still has major scar tissues from Pakistan’s Cold War alliance and Russia’s strong defense ties with India. Pakistan also has many reasons — both political and economic — to capitalize on the recent efforts to restore the relationship.