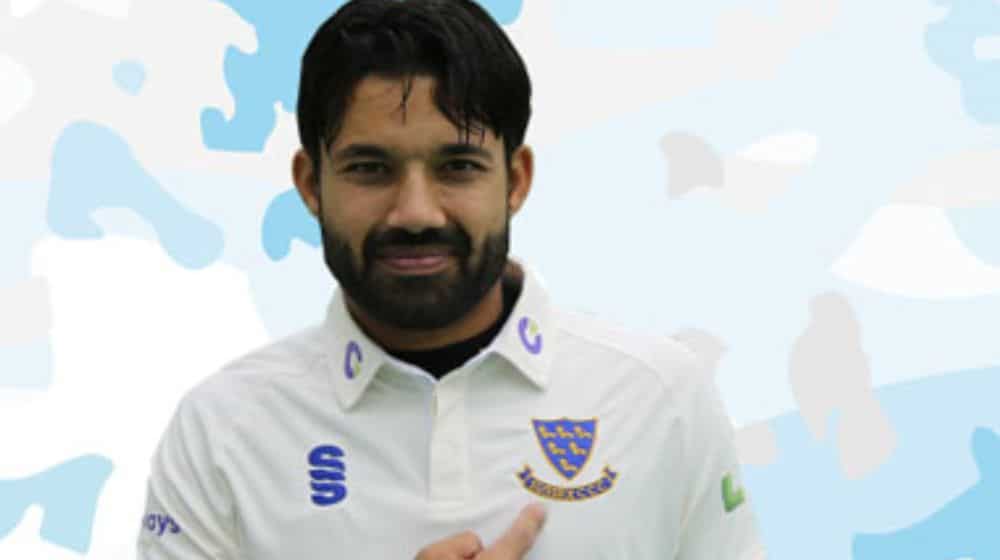 Pakistan wicket-keeper batter, Mohammad Rizwan, has scored his maiden century in the ongoing County Championship clash against Derbyshire. Overall, it is his 13th first-class hundred.

The much-important ton came at a crucial time when Sussex were struggling to build a partnership in the middle as they lost early wickets. Rizwan had faced 172 balls when he reached the milestone which included 18 fours.

A first Sussex century for @iMRizwanPak. 💯

In response to Derbyshire’s first innings total of 551, Sussex lost two wickets when they were on 27. Rizwan first stitched a 95 runs partnership with Tom Alsop and then added another valuable 92 runs with Oliver Carter.

Sussex are struggling to reduce the deficit after losing five wickets for 249 runs, while Rizwan is on 105 and Delray Rawlins, who joined Rizwan at the crease, is on 6.

So far, Rizwan has played five matches in the ongoing County Championship, scoring 241 runs at an average of 48.28 including one half-century and one hundred. Earlier, the right-hander had smashed a fifty on just 19 balls in T20 Blast.

It is also pertinent to mention here that Rizwan had missed several matches due to Pakistan’s three-match ODI series against the West Indies.