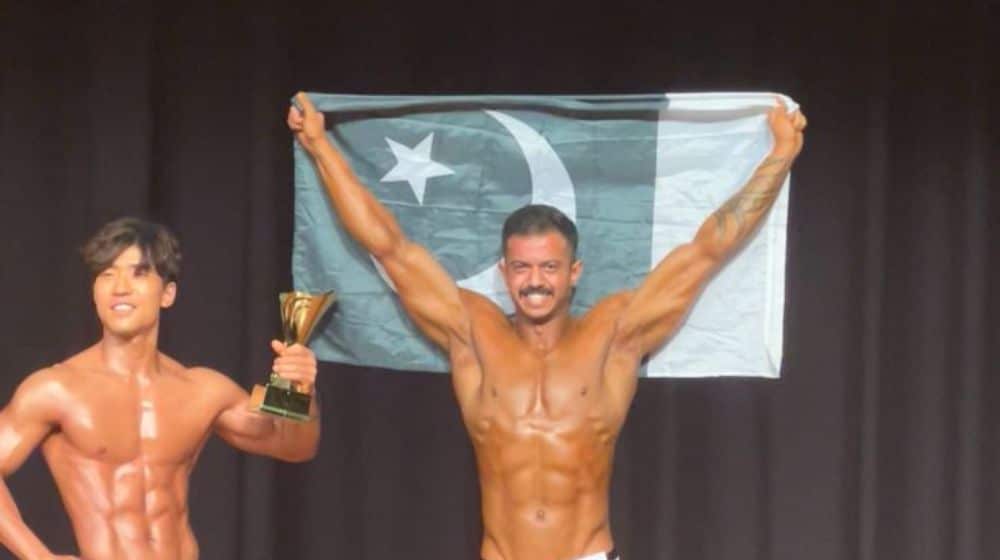 There are many athletes who have made the country proud despite a lack of basic facilities, and Pakistan’s renowned bodybuilder, Osaf Yaqoob, is one of them.

The young bodybuilder has added another feather to his cap by winning the Classic Physique Pro Title at Musclemania World Championship 2022 in Miami, USA.

Osaf, speaking about his accomplishment, stated on his social media handle that he had ups and downs in the recent past but remained committed to fulfilling his dream.

“Your new Musclemania Classic Physique World Champion. Alhamdulillah for everything. Have been through a lot in the last 4 years but never gave up on my dreams.”

He also thanked his coach, Zahid Khan, and his friends for keeping him motivated throughout the campaign, saying that it would not have been possible without their help and hard work.

“I want to thank my coach Zahid Khan and my best friend Imdad Khan who motivated me to compete in this show. I couldn’t have done this without their support.”

Osaf Yaqoob, who is also a former Musclemania Asian champion, waved the national flag before lifting the trophy.