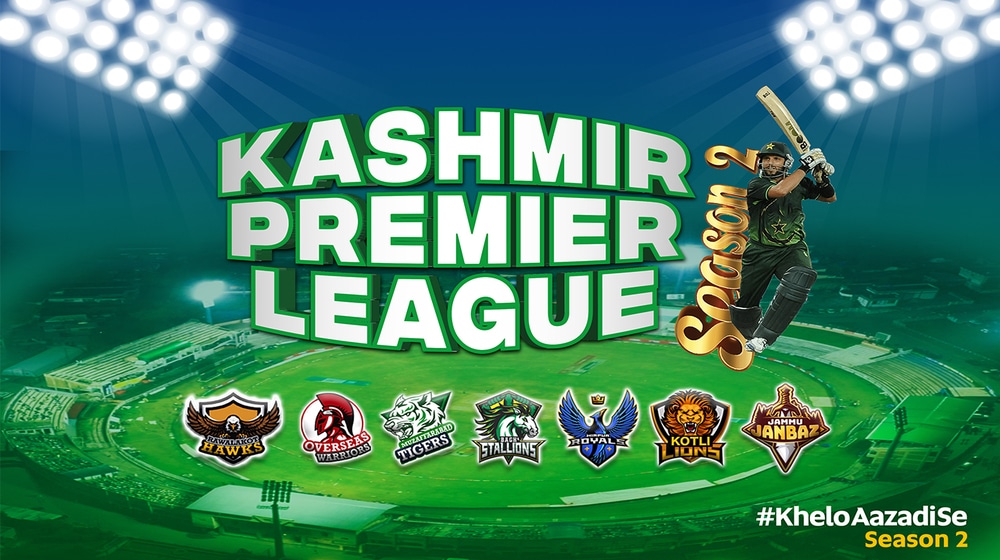 The Pakistan Cricket Board has issued a provisional no-objection certificate (NOC) for the second edition of the Kashmir Premier League (KPL).

Season two of the KPL will kick start in Muzaffarabad next month as the NOC has been issued for the period of 1st to 25th August 2022. The final schedule of the league is expected in the coming days.

According to sources, the NOC was issued after the KPL management resolved some pending matters and agreed to the conditions set by the Pakistan Cricket Board.

The upcoming season of the league will feature seven teams instead of six. Jammu Janbaz will become part of the tournament as the seventh team and will join Rawalakot Hawks, Muzaffarabad Tigers, Mirpur Royals, Overseas Warriors, Bagh Stallions, and Kotli Lions.

The seven franchises meeting with the Kashmir Premier League management on Saturday for the second edition, at the headquarters of KPL in Islamabad. All the owners of the franchises attended the meeting to discuss some important issues pertaining to the second edition of the league.

It is pertinent to mention here that the management of the league had recently cleared all dues of franchise players for the inaugural season. The management also cleared all the payments of player awards and prize money for season one.