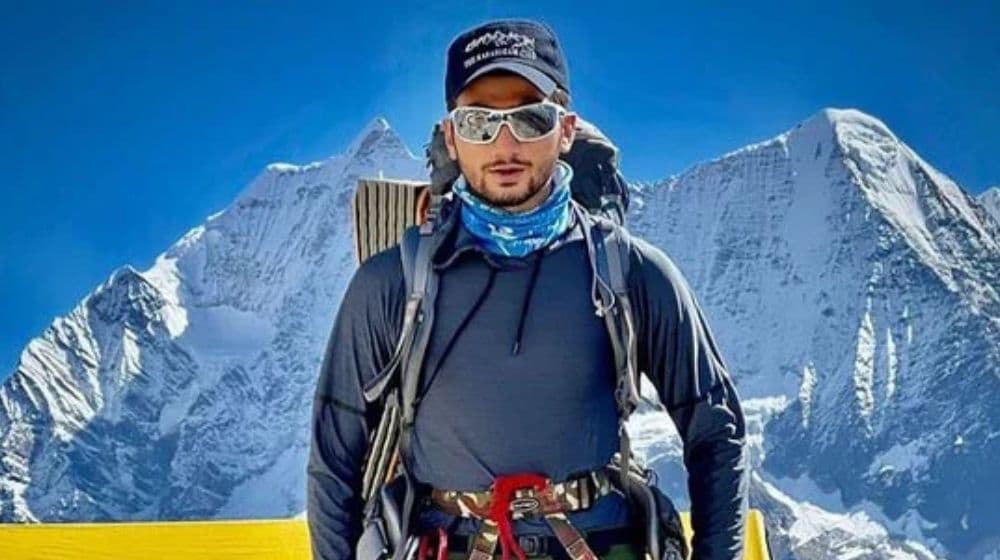 Salman Kashif, the father of Pakistani mountaineer Shehroze Kashif, has claimed that his son and Fazal Ali have been located and are making their way to camp three.

Speaking to the media, Salman said, “Both Shehroze and Fazal are moving towards camp three.” He also lamented that “no one” had helped his son and Fazal, and that the two mountaineers were returning on their own.

Alhamdulillah #ShehrozeKashif and #FazalAli have reached Camp 3 of #NangaParbat on their own. The duo survived the night at 7350m with their sheer willpower and resilience and resumed descent in the early morning as soon as weather opened. pic.twitter.com/aSXQc095wL

Earlier this week, the duo summited Nanga Parbat, the world’s ninth highest peak, with Shehroze becoming the world’s youngest mountaineer to do so.

It was reported that the mountaineers went missing while descending between camps 3 and 4, while the GB government launched a rescue operation shortly after, while other ground rescue teams were also alerted.

Shehroze’s father said in an emotional video message that his son has accomplished a lot for his country at the age of 20, but questioned the response of the authorities.

“He [Shehroze] is only 20 years old. He has made big achievements and brought a good name to Pakistan,” “Is this the payback in this country?” he asked.