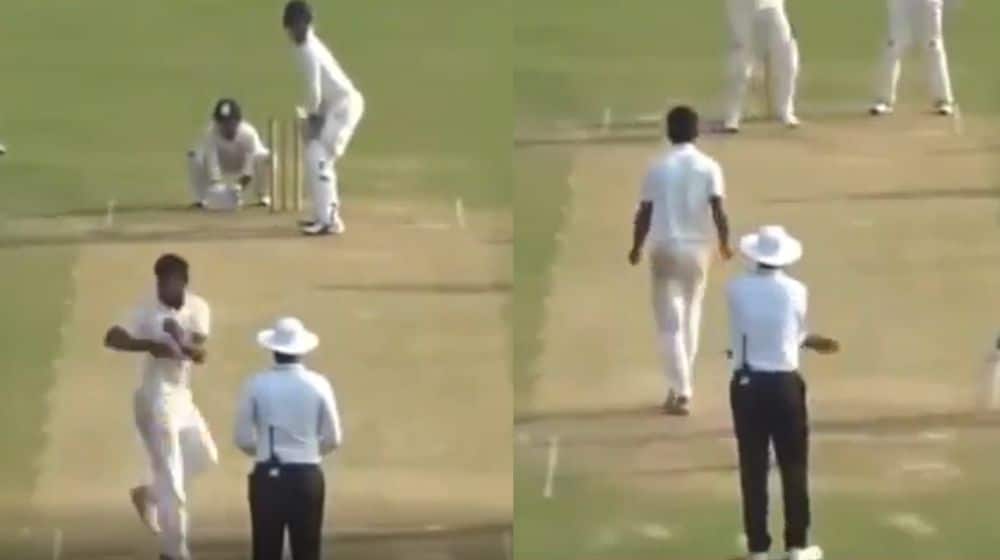 A unique bowling action by an Indian bowler during a domestic match has sparked a debate amongst the cricket community. Uttar Pradesh’s left-arm spinner, Shiva Singh, tried to outsmart the batter with a 360-degree twirl during his run-up but the delivery was declared a ‘dead ball’ by the umpire immediately after the release.

The Uttar Pradesh team protested the umpire’s decision as they believed that the bowling action was completely legal and within the rules of the International Cricket Council (ICC).

The video of the bowling action went viral on social media as the fans were divided on the call. Some fans backed Shiva Singh for his unique action while others stated that his actions were not within the spirit of the game. Legendary Indian spinner, Bishan Singh Bedi, also entered the debate as he termed the bowling action ‘weird’.

Have a look at the bizarre delivery:

Now that is a bowling action straight out of street cricket!🏏😂

According to the ICC rule book, a delivery can be termed illegal if the action is different from the bowler’s usual bowling action.

Unless the 360-degree twirl is part of the bowler’s usual run-up then the umpire can term it a dead-ball if he/she believes the action was utilized to distract the batter. However, the umpire’s ruling can be incorrect if Shiva’s usual bowling action contains a 360-degree twirl.

What do you think? Was the umpire’s call correct or not? Write your thoughts in the comments below!