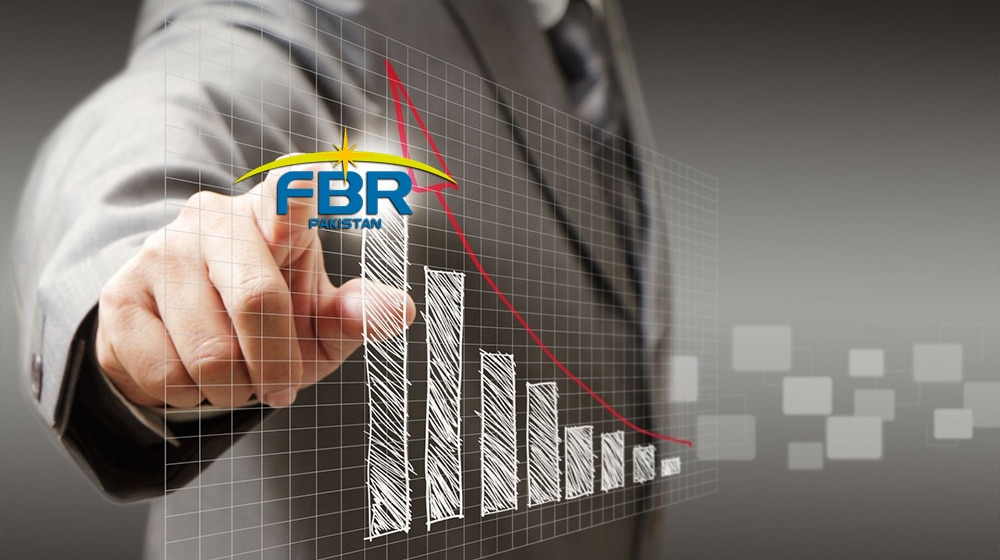 The Federal Board of Revenue (FBR) has kicked off the financial year 2022-23 by exceeding July’s tax collection target by Rs. 15 billion, collecting Rs. 458 billion.

The tax regulator has released the provisional revenue collection figures for July 2022. According to the provisional information, FBR has collected net revenue of Rs. 458 billion during July 2022, which has exceeded the target of Rs. 443 billion by Rs. 15 billion. This represents a growth of about 10 percent over the collection of Rs. 417 billion during the same period last year.

These figures would further improve after book adjustments have been taken into account. These collections are the highest ever in July. This outstanding revenue performance is a reflection of FBR’s continued resolve to build further on its growth trajectory achieved last year.

On the other hand, the gross collection increased from Rs. 438 billion in July last year to Rs. 486 billion, showing an increase of 11 percent. Likewise, the number of refunds disbursed during July was Rs. 28 billion compared to Rs. 21 billion paid last year, showing an increase of 32 percent. This is reflective of FBR’s strong commitment to fast-track refunds and thereby prevent liquidity shortages in the industry.

The significant revenue increase in July is largely the outcome of various policy and revenue measures introduced by the government in the Finance Act 2022. Unlike in the past, there is a visible focus on taxing the affluent. Owing to this paradigm shift, the domestic taxes contributed 55 percent to the collection while import taxes remained 45 percent. This has reversed the trend. Previously, taxes at the import stage were 52-53 percent of the overall collection.

Likewise, the growth in domestic Income Tax is almost 31 percent which is a remarkable shift towards direct taxation. Likewise, there is a significant upsurge in Advance Tax collected during July. There is also a 118 percent increase in Advance Tax on the sale of properties u/s 236-C due to enabling of a withholding provision applicable irrespective of the holding period.

Likewise, a 40 percent increase in Advance Tax u/s 147, especially from banking companies, is due to a change in the tax rate.

Furthermore, Pakistan Customs has collected Rs. 67 billion under the head of Customs Duty during July 2022 against Rs. 65 billion collected during the same period last year, registering a marginal growth of 2.58 percent. However, it suffered a dip against the target fixed for July of Rs. 77 billion, which is due import compression policy of the government, aiming to control the outflow of US Dollars. Furthermore, FBR suffered a loss of about Rs. 11 billion in sales tax against zero rating of POL products.

It is pertinent to mention that Income Tax Returns for Tax Year-2021 have reached 3.4 million compared to 3.0 million in Tax Year-2020, showing an increase of 13 percent. The tax deposited with returns during Tax Year 2021 was Rs. 76 billion compared to only Rs. 52 billion in Tax Year 2020, showing a significant increase of 46 percent. Furthermore, building further on its ongoing drive to integrate Tier-1 Retailers across the country, around 23,265 point of sale (POS) terminals have been integrated with the real-time POS reporting system of FBR.