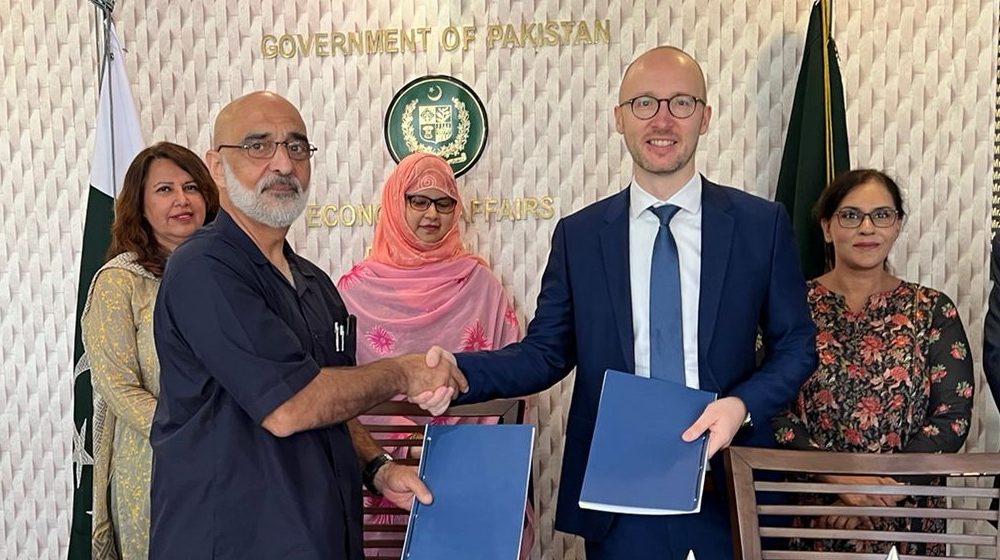 The signing ceremony for the “Regional Infrastructure Fund – II for Khyber Pakhtunkhwa for Resilient Resource Management in Cities (RRMiC)” project between Pakistan and Germany was held at the Ministry of Economic Affairs.

The government of Germany, through the KfW Development Bank, will provide a grant of €17.5 million to Pakistan for the project. With the funds provided by the German Government, KfW Development Bank will support the Khyber Pakhtunkhwa government in investments in community infrastructure, improvements in capacity and service delivery, citizen participation and equality, and consultant and contingency services in two districts of KP province. The purpose is to introduce an integrated, multisectoral, resilient, and sustainable water and solid waste management with a participatory approach in selected tehsil towns.

Sebastian Jacobi, Country Director KfW stated that KfW is actively supporting Pakistan in the governance sector. These efforts will result in bringing a sustainable and lasting positive impact on the lives of the deserving communities in the country and help mitigate the challenges arising due to poverty and infrastructure damage due to natural disasters.

Mian Asad Hayaud Din expressed gratitude to the German government for supporting the people of Pakistan through the projects. He further stated that the investments will lead to a better and healthy future for the generations to come.

Pakistan has been a recipient of German Development Assistance since the founding of the German Federal Ministry for Economic Cooperation and Development (BMZ) in 1961. The total development assistance encompassing both technical and financial cooperation since 1961 amounts to €3.8 billion.