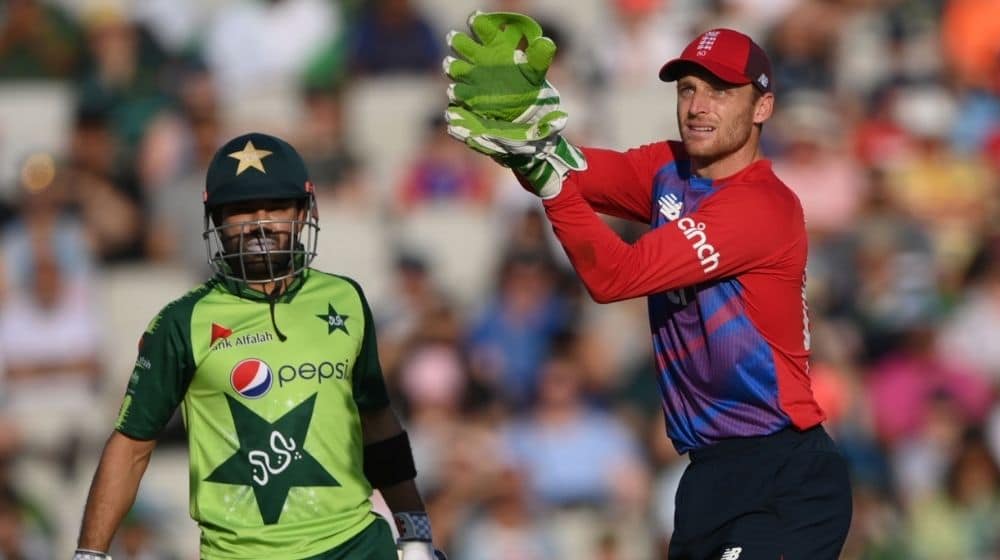 PCB has unveiled the schedule for England’s upcoming tour of Pakistan in an artistic style. Using the truck art to symbolize the culture of Pakistan, PCB also welcomed Jos Butler while Shadab Khan got a special cameo too.

PCB shared a graphic showcasing truck art designed by PCB’s graphic designer, Raza Shaukat. The art gave away the details of the schedule for seven T20I matches to be played in Lahore and Karachi. To further enhance the vitality of the venues, the artist beautifully incorporated the landmarks of Lahore and Karachi, Badshahi Mosque, and Mazaar-e-Quaid respectively into the design.

The design included the portraits of both the captains with Babar Azam being mentioned as ‘King Bobby’ while there was a sweet welcome message for the English skipper, Jos Butler.

Being the main bowler for Pakistan, Shaheen Shah Afridi got a special tribute with a verse of poetry indicating his resilience and strength.

However, it was the vice-captain and star all-rounder Shadab Khan who got the most subtle and unique reference in the design. The initials of the star cricketer’s name ‘SK’ were used in place of the truck’s number along with the number of his jersey ‘7’.

Fans have applauded PCB and the digital artist Raza Shaukat for the unique effort prior to the mega-series. England are set to visit Pakistan in September.