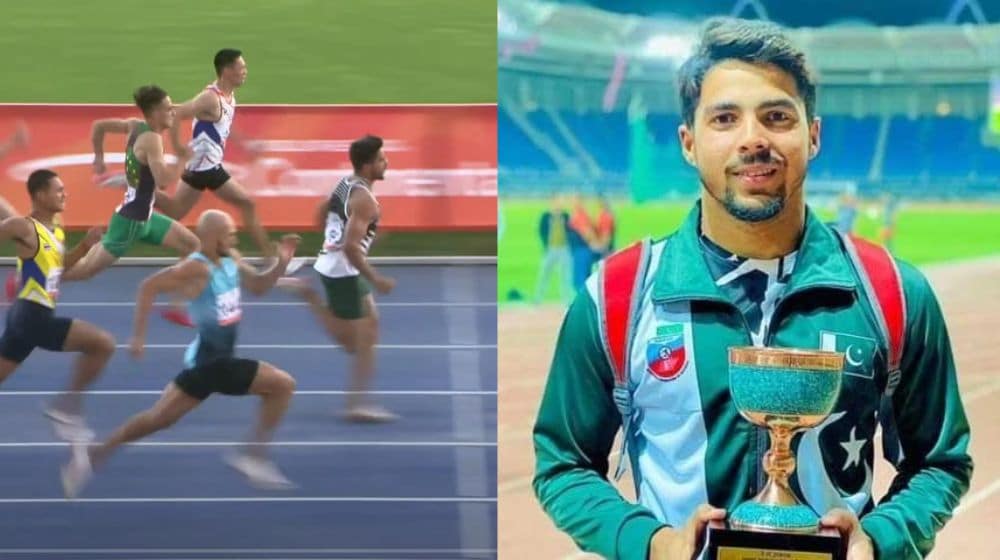 Pakistani sprinter, Shajar Abbas, failed to make a mark in the 100-meter race at the ongoing Commonwealth Games. The 22-year-old ended up in 27th place despite recording his best performance as he crossed the line in 10.38 seconds.

Pakistan’s wait for the medal continues as the sprinter could not qualify for the next round. Competing in the 100-meter race at Commonwealth Games, Shajar Abbas reached the finish line in 10.38 seconds.

The outing stands out as his best-ever performance in the 100-meter race. However, the Pakistani sprinter could not manage to qualify for the next round as he managed to secure the 27th position out of 70 athletes. With this, his career-best performance went in vain.

Shajar Abbas missed out on a semi-final berth by a narrow margin of 0.01 seconds while the qualification merit closed at 10.37 seconds.