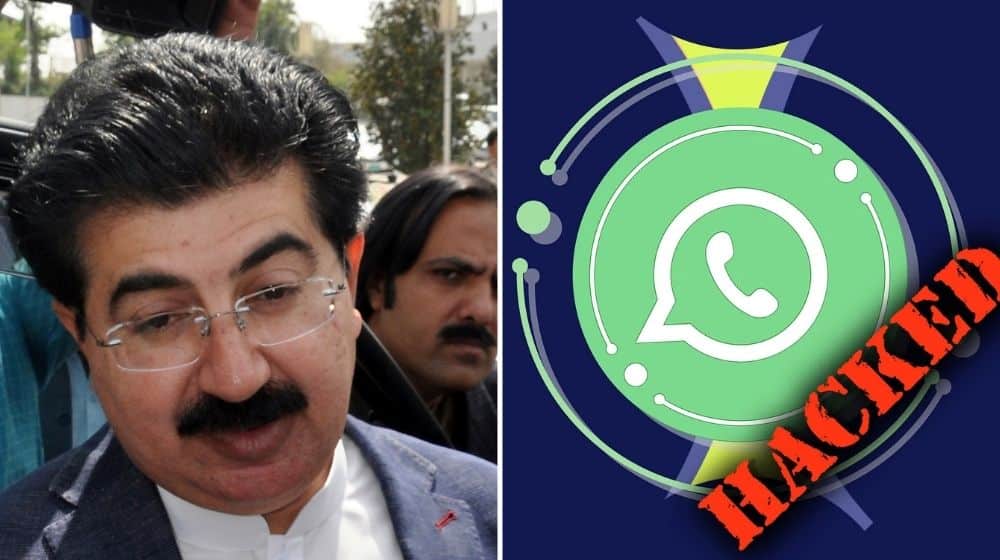 In yet another incident of high-profile politicians getting targeted by hackers, the WhatsApp account of Chairman Senate, Sadiq Sanjrani, has been hacked.

According to details, Sanjrani’s account was hacked on Wednesday evening. He has already reported the incident to WhatsApp and it could take up to a week to recover the compromised account.

On the other hand, the Meta-owned instant messaging app has assured that Sanjrani’s personal data is completely safe and they will continue monitoring his account for any suspicious activity.

This is the third such incident in over a week that personal social media accounts of prominent lawmakers have been breached.

Last week, the official Twitter account of Secretary General of Pakistan Tehreek-e-Insaf (PTI) and former Federal Planning Minister, Asad Umar, got hacked. Asad’s account was restored after several hours. Asad made the Twitter account in January 2012 and it has over 8.6 million followers.

This week on Monday, the official Instagram account of former Prime Minister and Chairman PTI got hacked. The alleged hacker shared a screenshot of Elon Musk’s Tweet, founder of SpaceX and Tesla and cryptocurrency enthusiast, about cryptocurrency multiple times. The account was recovered after a few hours. Imran’s Instagram account has over 7.4 million followers.

Earlier this year in May, the official Twitter account as well as the email and Apple ID of former Federal Energy Minister, Hammad Azhar, were hacked. The hacker allegedly used a phone locator to breach Hammad’s credentials. His email, Apple ID, and Twitter account were also recovered after some hours.