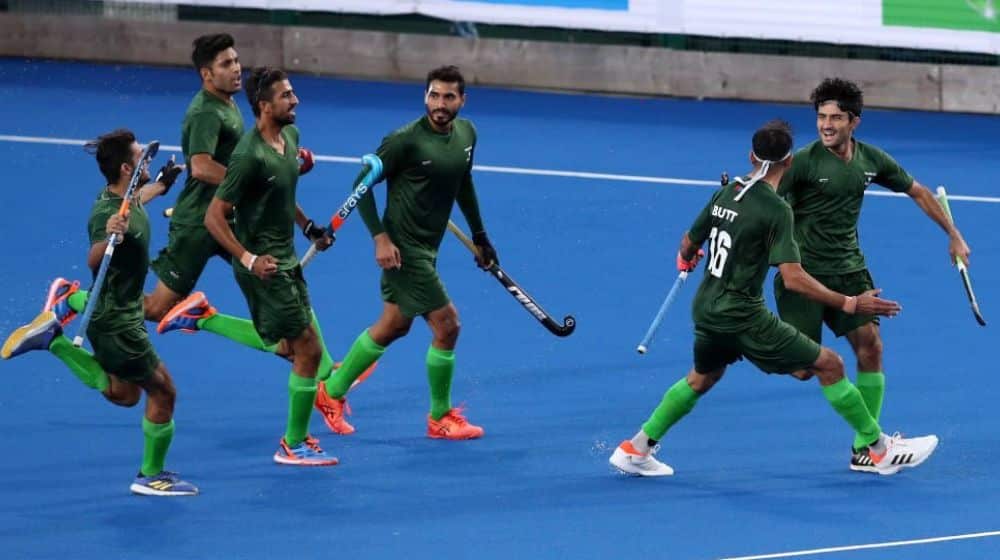 Pakistan registered their first win in the 2022 Commonwealth Games field hockey event as they overcame a strong Scotland side in a dramatic match. As a result of the victory, the Men in Green have kept their hopes alive of qualifying for the semi-finals of the competition.

A rejuvenated Pakistan struck back in the second quarter as they scored back-to-back goals in the 22nd and the 23rd minute to take a 2-1 lead. The Green Shirts managed to hang on for the rest of the quarter before Scotland equalized in the third quarter of the match.

The enthralling game kept on swinging both ways as both the teams searched for the winning goal. Pakistan managed to scrape past Scotland’s tight defense with only 6 minutes remaining in the match as Roman scored a brilliant goal to put Pakistan 3-2 up in the all-important clash.

Pakistan currently sit at the fourth spot in the table and will need to beat table-toppers Australia in their final group game to qualify for the semi-finals of the tournament and keep the country’s hopes alive of bagging a medal.

Here are the standings: