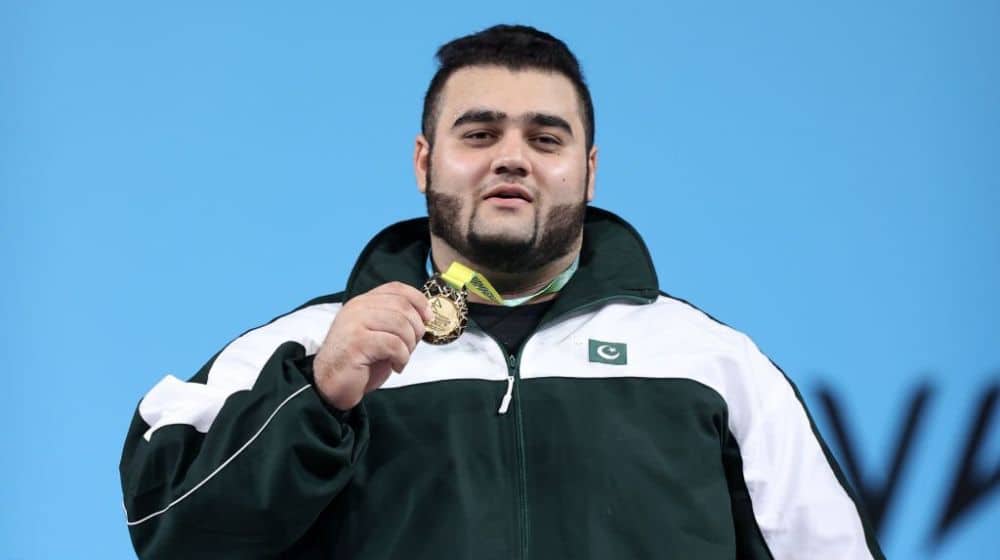 Pakistan’s Nooh Dastagir Butt has bagged the country’s first gold medal at the 2022 Commonwealth Games (CWG) as he won the 109+kg weightlifting competition.

Butt created history as he set a series of new CWG records by lifting 173kg in snatch and 232kg in clean and jerk. Overall, Butt lifted 405kg, which is also a CWG record, as he overcame competition from New Zealand’s David Andrew Liti and India’s Gurdeep Singh.

David Andrew Liti won the silver medal with a lift of 394kg while Gurdeep Singh bagged the bronze with his attempt of 390kg.

Butt dedicated his win to his father and thanked him for all the support over the past 12 years. He shared his excitement at bringing the gold medal home for his country. He stated that it is a proud moment for him and his years of sacrifices have finally paid off with the win.

I thank God for winning the medal. I can’t express my feelings, I have been trying to win this game for the last seven years. It was hard work and dedication that made me win this gold. Winning a medal for your country is always a proud moment. And, gold is something special.

Butt’s exceptional achievement led Pakistan to their second medal in the competition. Earlier in the day, Shah Hussain Shah had bagged a bronze medal in the 90kg Judo as he defeated South Africa’s Thomas-Laszlo Breytenbach in the third-place bout.