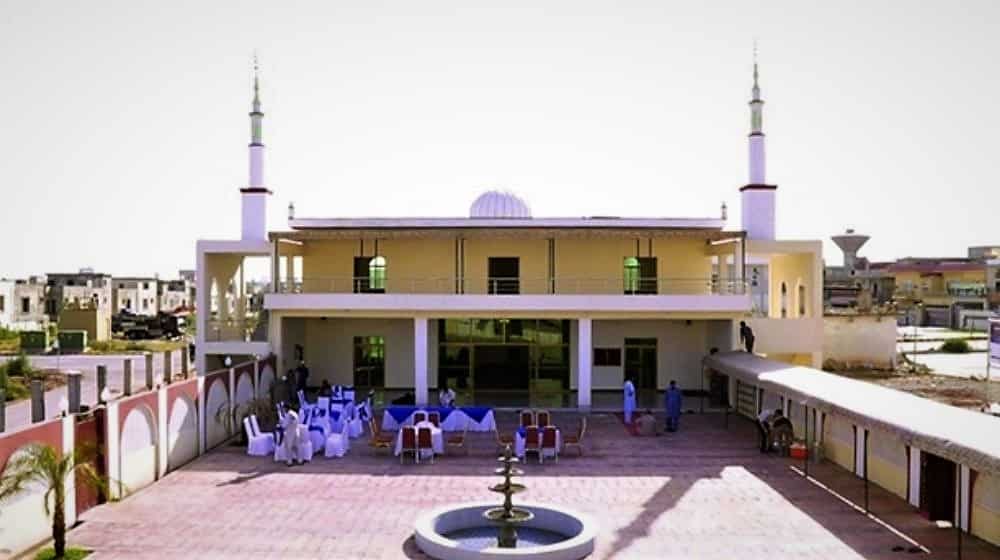 He also expressed his joy and appreciation for this initiative and commended QC’s efforts across Pakistan.

A delegation from the QC office in Pakistan accompanied the ambassador and local government officials, diplomats, and members of local humanitarian organizations attended the inauguration ceremony.

The mosque is said to be the only one in a modern residential area and can accommodate approximately 800 people for prayers in a sheltered environment.

Before it was built, locals had to travel to distant areas for the prayers, and many were unable to partake in congregational prayers.

The Director of the QC Office in Pakistan, Amin Abdul Rahman, emphasized the significance of the mosque from a religious perspective.

The imam of Omar Ibn al-Khattab Mosque, Qari Muhammad Fahim, also expressed his gratitude to the generous donors and philanthropists in Qatar who had facilitated the construction of the mosque.

In other news, the Capital Development Authority (CDA) has withdrawn its decision to charge a parking fee at Faisal Mosque in Islamabad.

As per an official notice posted outside the mosque, visitors are no longer required to pay a parking fee for vehicles but it is unclear whether the local contractors will follow the decision because they had reportedly violated it in the past on their own pretexts of extracting money from visitors.