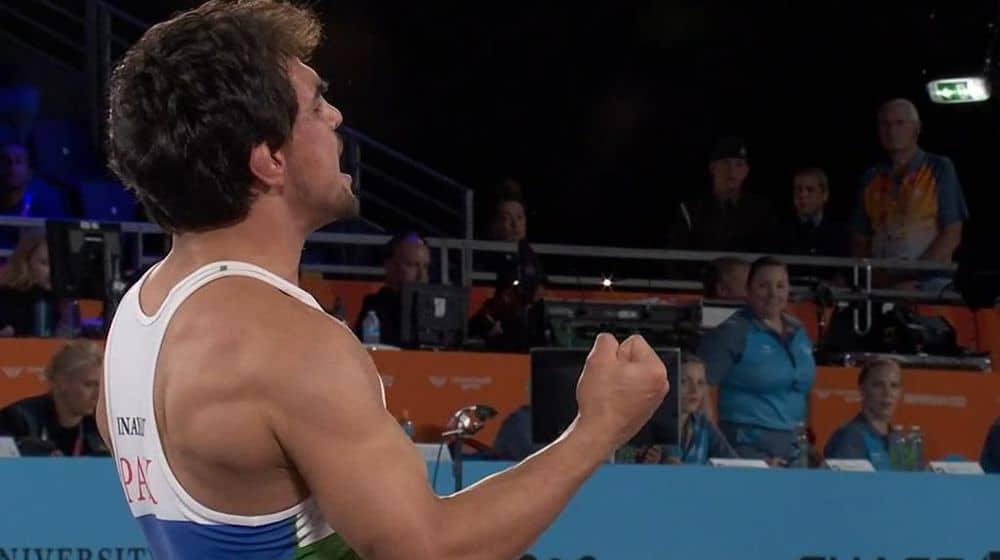 Pakistan’s Inayatullah has won the country’s second bronze medal by defeating Scotland’s Connely Ross in the 65kg wrestling event at the Commonwealth Games 2022. This was Pakistan’s third medal overall with weightlifter Nooh Dastagir Butt winning gold in the heavyweight category.

Pakistan won its first medal in the wrestling event today as Inayatullah outdid his Scottish opponent 10-0. Inayataullah lost his semi-final clash against Canada’s Lachlan McNeil by 0-11. Prior to that, he was impressive as he won the first two rounds convincingly.

It is pertinent to mention that Pakistan has two more gold medal matches coming up with Inam Butt locking horns with Indian opponent, Deepak Punia in the 86kg category.