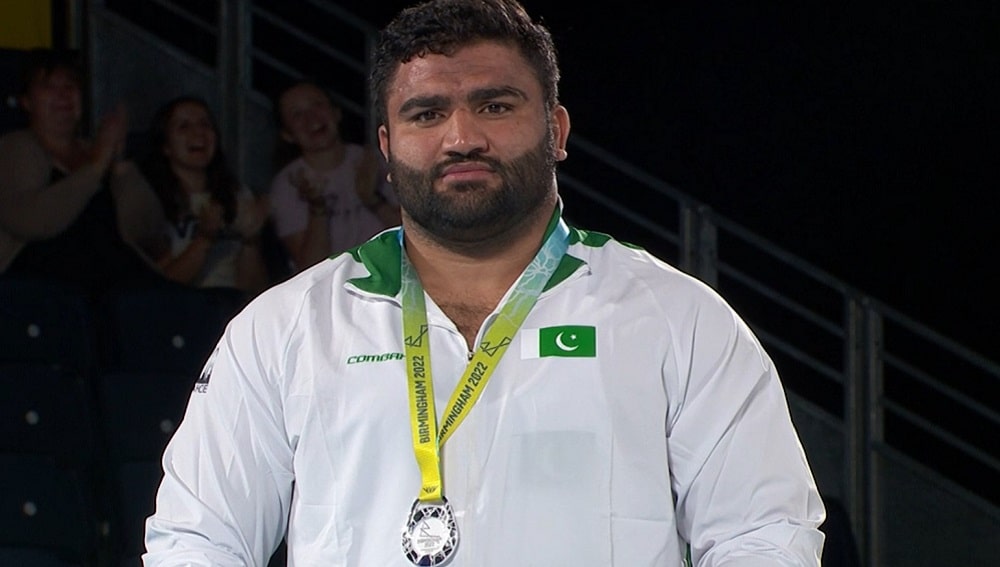 Pakistan has added another medal to its tally after wrestler Zaman Anwar won Silver in the wrestling arena of the ongoing Commonwealth Games 2022, bringing the country’s total to five.

Zaman Anwar, who lost the Men’s Freestyle 125 kg final to Canada’s Amarveer Dhesi in an intense fight that ended with Amarveer winning by 2-9, had defeated England’s Mandhir Kooner in the semifinals.

Speaking to the media after the final match, Zaman said

I thank God for allowing me to compete in the finals. It is extremely disappointing not to have won the gold medal. The opponent in the final was an Olympian, but it was a good match.

When asked about his training, he said

The training was good, but international-style training would have been preferable. While our opponents received international training, we just came from our homes and traveled to compete.

Nooh Dastagir Butt is the only athlete from the Pakistani contingent to have won a gold medal in powerlifting, with Inayat Ullah and Hussain Shah taking bronze in Wrestling and Judo respectively.

Pakistan’s contingent put on a poor performance at the start of the event, and most of the athletes lost their medal campaign on the first day, but some athletes have shown signs of hope for a medal at the showpiece event.

It is worth noting that renowned Javelin Thrower, Arshad Nadeem, and Shot Put player, Jamshed Ali, have qualified directly for the final in their respective categories and have a good chance of winning gold medals.