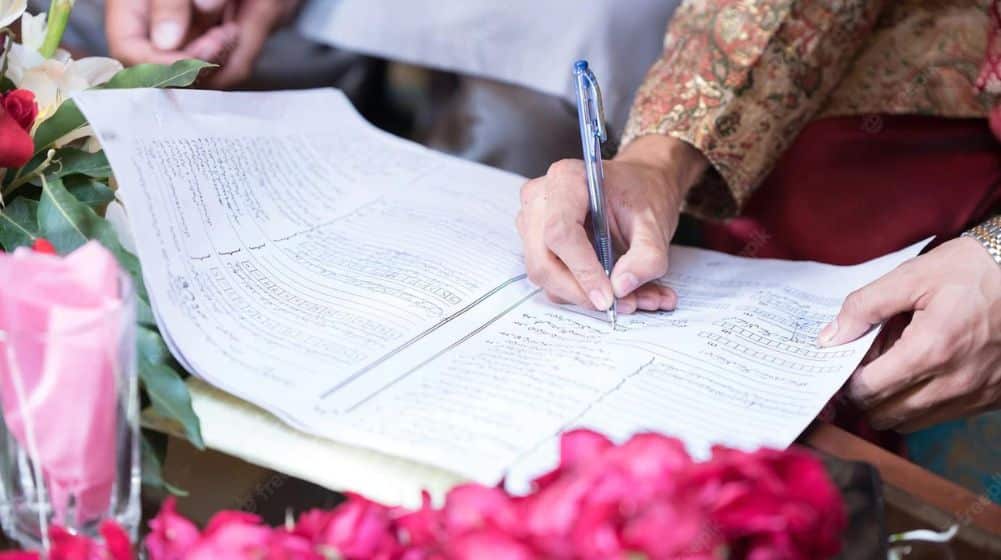 The Chief Minister (CM) of Punjab, Chaudhry Pervez Elahi, announced on Sunday that marriage registrars who do not use the form mentioning the oath of faith in the finality of Prophethood (PBUH) for nikkah will be penalized.

Accordingly, non-compliance will result in a fine and a month of imprisonment.

The CM stated that marriage registrars have been instructed about the provision of the new forms with the affidavit of the oath.

“Strict action will be taken against those who do not provide new forms,” he warned during a meeting with the Secretary-General of the Wafaqul Madaris Al Arabia, Maulana Muhammad Hanif Jalandhari.

The latter praised the CM for including the aforementioned clause in the marriage certificate and commended the Government of Punjab for promoting religious tolerance and harmony.