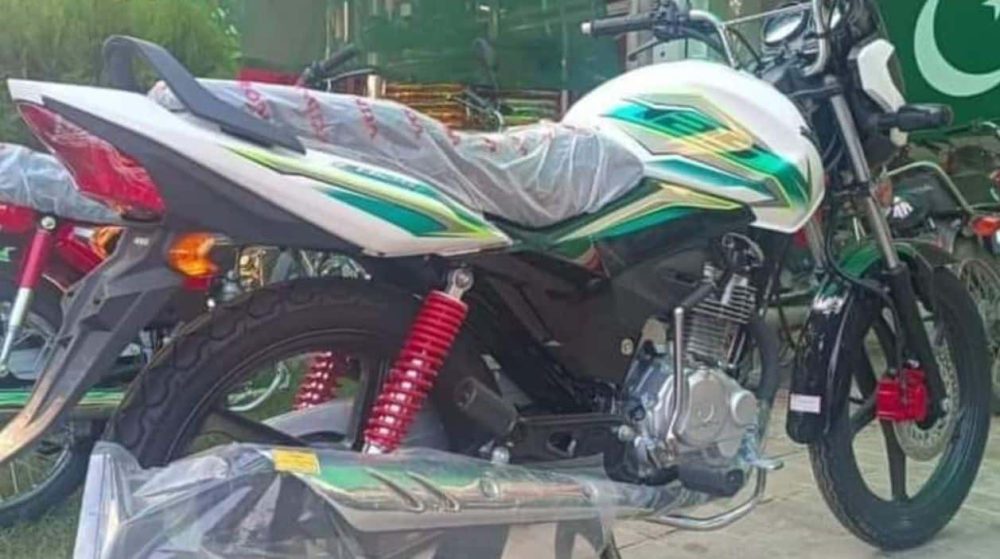 The limited edition model sports a white and green color scheme with a white body and green decals. The usual models are offered with blue, black, and red paint schemes.

ALSO READ
2021 Vs. 2022: Price Comparison of Suzuki Alto and Its Competitors

The remaining features are the same as standard models including similar alloy wheels, self-start, front disc brakes with dual-piston calipers, a five-speed transmission, and a relatively sharp overall design compared to the CG125.

Reports suggest that Atlas Honda will sell the limited edition CB125F in fewer numbers. This would make it a rare bike, which may also warrant a hefty premium over the original price. The current price of a normal CB125F is Rs. 273,900, but the price of the limited edition model is yet to be announced.

While the CB125F looks to be a different bike, it is based on the CG125 that has been on sale in Pakistan since the early 1990s. It also follows the same basic formula as that of the 1990s bike.

The bike still has a slightly varied 124cc single-cylinder 4-stroke pushrod engine that makes close to 10 hp and 9.5 Nm of torque paired to a 5-speed transmission. While reliable, this formula is old and crude.