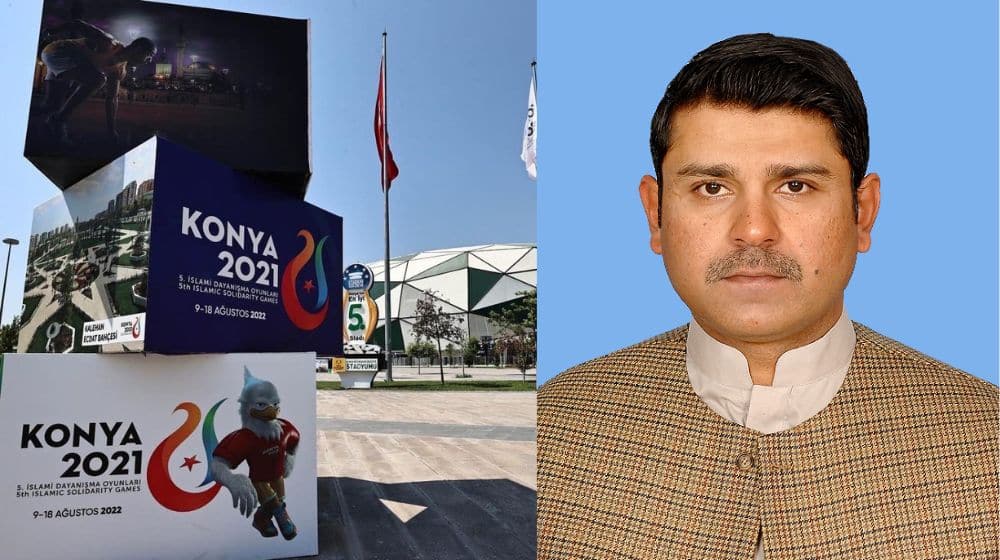 Federal Minister for Inter-Provincial Coordination, Ehsan ur Rehman Mazari, has traveled to Turkey as part of the Pakistani contingent taking part in the 2022 Islamic Solidarity Games in Konya.

According to sources, Ehsan Mazari met with the Pakistani athletes partaking in the competition and boosted their morale for the ongoing games. Earlier, Mazari also met with the volleyball and taekwondo squads at Islamabad airport prior to their departure for the mega-event.

Before joining the athletes in Turkey, Mazari had also traveled to Birmingham for the recently concluded 2022 Commonwealth Games. Mazari’s travel to Birmingham had caused an uproar on social media as his ministry had cut the funding of the athletes who were supposed to participate in the event. While athletes had to find alternative means to fund their travel, Mazari’s travel was reportedly fully funded by the ministry.

The dire straits of Pakistan sports and their athletes should not come as a surprise to many as the officials provide limited funding and facilities to them while they themselves enjoy full perks. Mazari is one of the many politicians who continue to exploit the sporting industry in the country while the athletes continue to suffer.

Pakistani athletes recently defied odds as they put in a solid showing in the recently concluded 2022 Commonwealth Games. Arshad Nadeem brought home the gold medal in the javelin throw event as he broke the CWG record while weightlifter Nooh Dastagir Butt also won gold for Pakistan.

Judoka Shah Hussain Shah won a bronze medal while wrestlers Inam Butt, Zaman Anwar, Ali Asad, and Mohammad Sharif Tahir also bagged medals. All these athletes, despite being getting limited facilities by Pakistan Sports Board, made the country proud with their extraordinary feats.