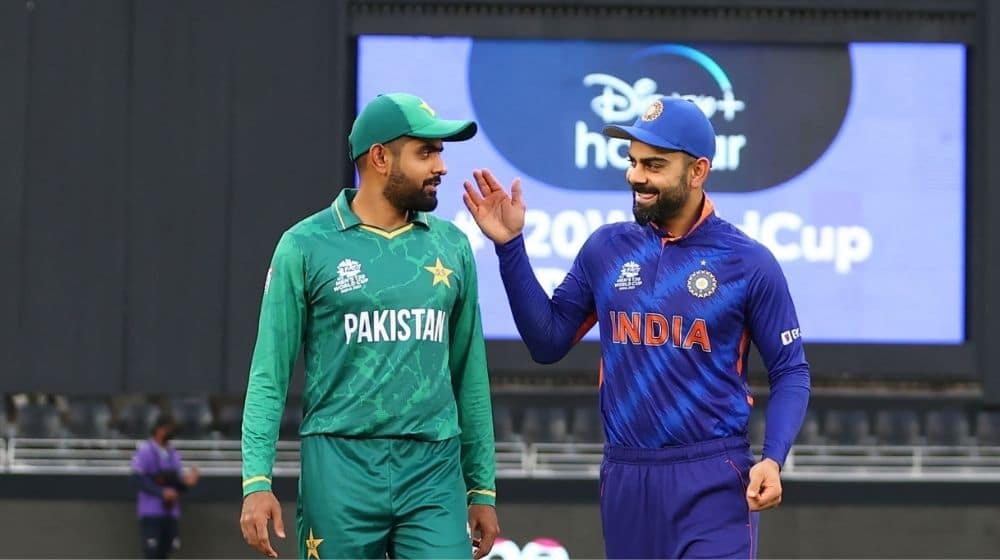 The Pakistan team will kick off their Asia Cup 2022 campaign against arch-rivals India on August 28 at Dubai International Stadium, and it is expected that the two countries will face each other multiple times.

Both the neighboring countries will make every effort to outperform one another. However, Pakistan’s captain, Babar Azam, said that the Men in Green will play the match like any other.

Speaking in a press conference ahead of the Netherlands series, Babar said that although there will be a lot of pressure during the high-stakes match between the two countries, they will still play the game as a normal match.

Pakistan and India last met in the T20 World Cup 2021 at Dubai Stadium, where the Babar-led side defeated the Men in Blue by a margin of 10 wickets while Shaheen was named player of the match for his devastating spell.

In response to a question about the T20 World Cup match, Babar stated that his team will do everything possible to remain calm during the match and avoid the mistakes they made in the past when under pressure.

The Pakistan Cricket Board announced the squads for the three-match ODI series against the Netherlands and the Asia Cup 2022 earlier this month, with a number of changes, including the exclusion of Hasan Ali from the white-ball squad.

It is pertinent to mention here that Pakistan will fly to Amsterdam in the early hours of Friday, August 12 where they will play three ODIs before the Asia Cup.