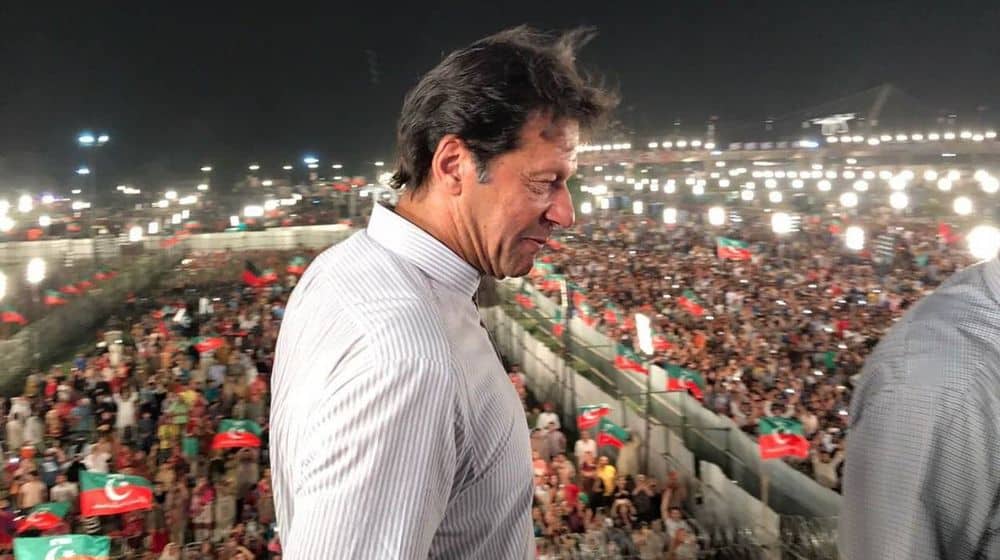 The Pakistan Tehreek-e-Insaaf’s political gathering, ‘Haqeeqi Azadi jalsa’ on August 13 has forced the authorities to remove the astroturf from the National Hockey Stadium in Lahore. It has, however, come to light that the sports authorities were set to replace the astroturf already and that it wasn’t removed for the PTI gathering solely.

A Pakistan Sports Board official confirmed this in response to a question by ProPakistani and added that the permission for the gathering was given by the Punjab government.

The political gathering, which was originally scheduled for August 13 at Parade Ground Islamabad, was moved to Lahore, but instead of holding it in another open area, they chose the iconic hockey venue.

In a video that viral on social media, it could be seen that workers were removing the National Hockey Stadium’s astroturf, which is also one of the country’s very few well-maintained hockey fields.

Turf being removed from Lahore's hockey ground and ironically, it's for PTI Chairman Imran Khan's August 13 jalsa — a sportsman doing this to the country's sports.

PTI had also sought permission from the district administration to hold its jalsa at Rawalpindi Cricket Stadium, but the Pakistan Cricket Board refused because renovation for the upcoming season was underway.

In response to the matter, PHF Acting Secretary, Haider Hussain, clarified, “We have nothing to do with it. This ground comes under the control of PSB. Even we take permission from them before holding hockey activities here.”

The director admin PSB, Umer Hasan, on the other hand, stated that they have prepared a summary for the installation of the new Astroturf, which will be imported in the coming weeks.

“The summary of replacing the turf has been prepared. A summary of astroturf replacement will be sent within a week. Turf will be imported in a few months, and a new astroturf will be installed.”