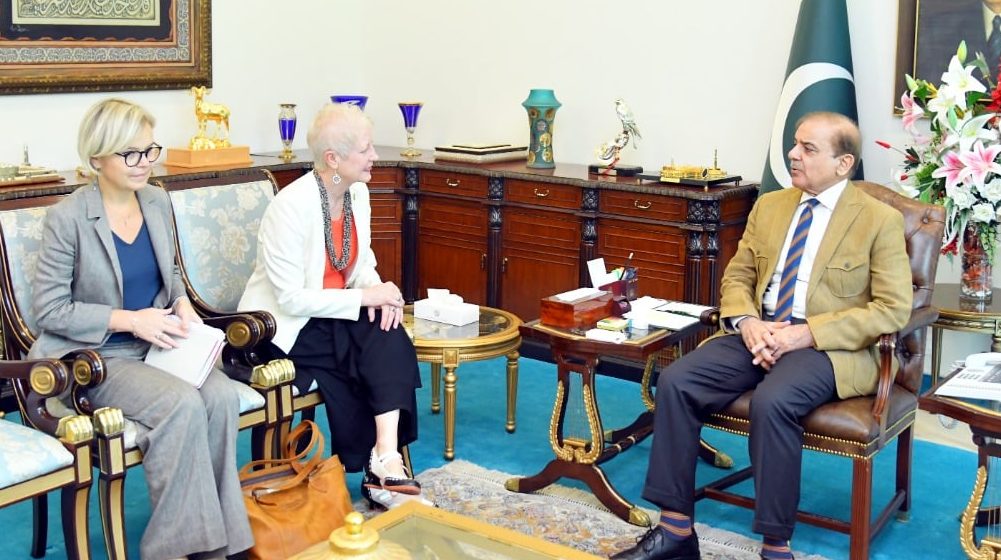 Prime Minister Shehbaz Sharif has underscored the importance of sustained high-level exchanges between Pakistan and the European Union (EU) to further strengthen the growing partnership.

The newly appointed Ambassador of the European Union to Pakistan, Dr. Riina Kionka, called on the premier today.

The prime minister underlined that Pakistan attached high importance to its relations with the EU and its historically close and cooperative bilateral ties with EU member states.

Recalling his recent telephone conversations with the EU Council President, Charles Michel, and the President of the European Commission, Ursula von der Leyen, the prime minister expressed confidence that the upcoming visits to Pakistan by the EU Parliamentary delegations and the next rounds of political and security dialogues under EU-Pakistan Strategic Engagement Plan would pave the way for more substantive cooperation between the two sides.

He credited the current GSP Plus scheme with enhancing the mutually beneficial trading ties between Pakistan and the EU and hoped that Pakistan would continue to be part of the arrangement beyond 2023.

The prime minister stressed the importance of a peaceful and stable Afghanistan and highlighted the unprecedented level of cooperation that Pakistan had extended to the international community regarding Afghanistan, especially since the developments of August last year.

The envoy thanked the premier for receiving her and expressed her resolve to work for further deepening of EU-Pakistan relations during her tenure in Islamabad.