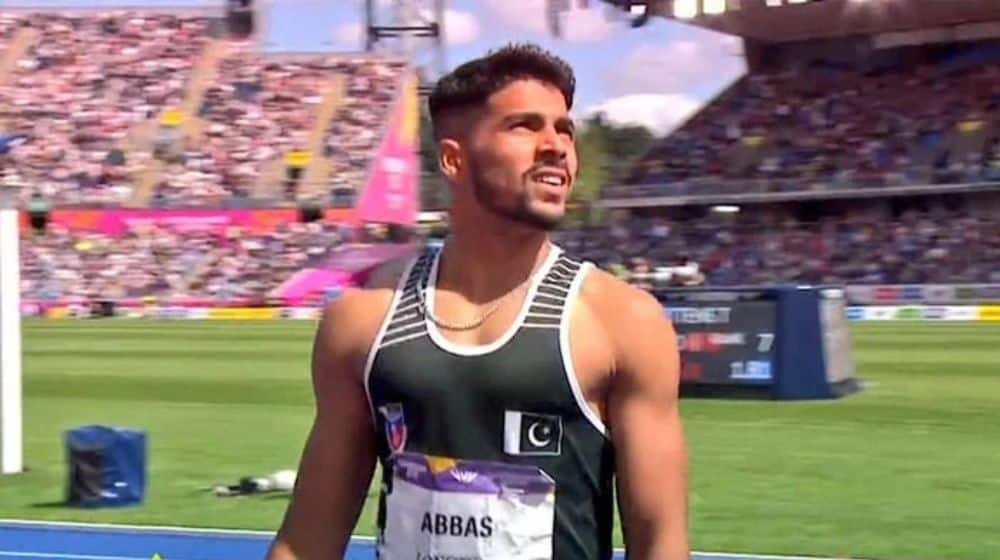 Pakistan’s young athlete, Shajar Abbas, has qualified for the semi-finals stage of the ongoing Islamic Solidary Games in Konya, Turkey, in the 200m sprint after finishing first in his heat.

Shajar Abbas, who excelled at the recently concluded Commonwealth Games, continued his outstanding performance at the Islamic Solidarity Games, where he set a new national record by covering the distance in 20.68 seconds.

With this, the national athlete broke his own record, which he set during the XXXII Qosanov Memorial in Almaty, where he clocked 20.87 seconds, while he also held an unofficial record of 20.7 seconds in the 2015 National Games.

It is worth noting that the national athlete had also set a national record in the 100m by clocking 10.25 seconds in the Islamic Solidarity Games, less than a week after clocking 10.38 seconds in Birmingham during the Commonwealth Games.

It is also worth noting that Shajar finished first in the heat while Mueed Baloch crossed the line in 21.28 seconds, improving his record of 21.41 seconds.

Over the course of the last nine days, Shajar, who represented Pakistan at the Commonwealth Games, competed in seven consecutive competitions and continued to better his own records.